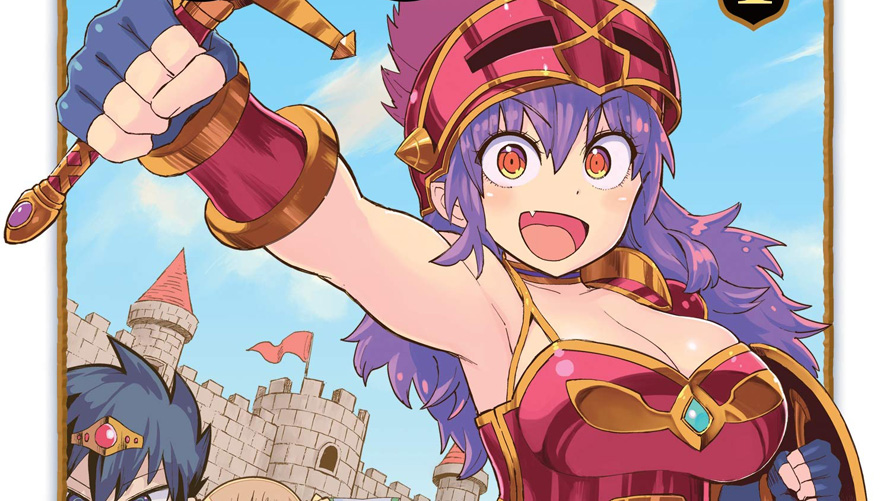 In a fantasy world that feels like an old 16-bit RPG, a handsome young hero inspires a wide-eyed little girl: “When you grow up to be a big, strong warrior, we’ll travel the land together!” She’s so inspired, in fact, that she trains nonstop and grows up into the most powerful warrior alive. Now Warrior Woman has reunited with Hero (who looks exactly the same) and does indeed travel the land with him…but he’s oblivious to her feelings and treats her like a guy, and her ridiculous strength makes romance physically treacherous. She longs to be more like their companions Priest and Mage, cute young women who have limited hit points and need to be nursed by Hero when they get injured, though he doesn’t show romantic interest in them, either. Will love ever find this generic retro RPG party?

Who Says Warriors Can’t Be Babes? takes a potentially tired, not to mention kind of sexist, premise and mines it for high-energy slapstick comedy. Its willingness to go for the big gag is apparent from the moment Warrior Woman tries the cute-manga-girl move of slapping Hero lightly while stammering, “Hero, you idiot!!” and twists his neck like a corkscrew, killing him. (He gets better; this is an RPG world, after all.) Other romantic 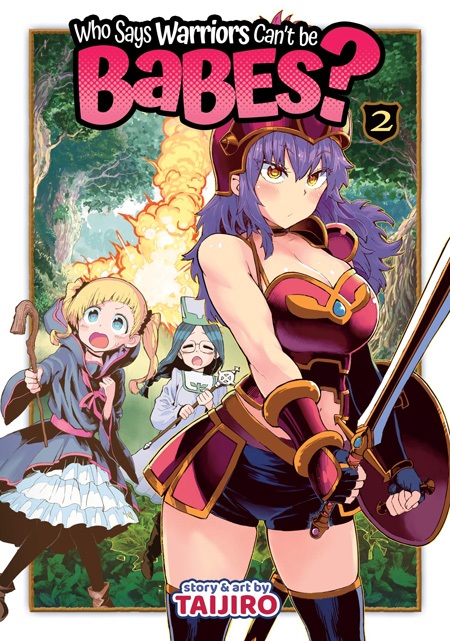 misadventures find Warrior Woman cooking for her beloved with the remains of giant monsters she’s killed, raiding a thieves’ hideout for the perfect dress, and missing out on a date because she gets so excited she runs through a wall like Wile E. Coyote and has to spend the day rebuilding it. She even tries to quit as a warrior she can start over at zero stats, but fails to check the fine print on her new class designation. Through it all, Hero remains cute but clueless.

The art goes a long way toward selling the comedy. It has the look of 1980s comic fantasy manga like Dragon Half; the curvy, cuddly-looking characters emote wildly through faces that consist mostly of big eyes and bigger mouths. When it doesn’t look like a 1980s manga, it looks like a 1980s video game, with random baddies popping out of nowhere and pixelated captions providing narration like, “Warrior Woman found an excuse for physical contact!!” Although it’s a running joke that everyone mistakes Warrior Woman for a man because she’s so big and strong, she’s drawn as a brassy, busty cheesecake figure, and the manga keeps finding excuses for her to strip to her undershorts or try on sexy outfits. (Her standard armor is fairly modest, but, as Priest explains, that’s because “our original platform limited adult content!”) With every page busting out in fights, explosions, rubbery poses and exaggerated facial expressions, the manga exudes as much energy as its enthusiastically misguided heroine. Recommended.

Here are Our Contenders for Anime’s Best Girl of 2020!
Shikimori’s Not Just a Cutie Romantic Comedy Manga Gets Anime