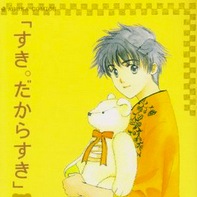 Viz Media rescued one of the series by manga artist group CLAMP (X, Magic Knight Rayearth, xxxHolic) with the addition of Suki: A Like Story to its digital lineup. The first volume is set to hit the Viz Manga platform along with Amazon Kindle on September 23.

Hinata Asahi is a high school student who lives alone with only her teddy bears to keep her company. Her life becomes much more exciting when the handsome Shirou Asou moves in next door. Not only is he really cute, but he’s also her new teacher! Hina has a bit of a crush on him, but when the older man seems to take an interest in her as well, is it forbidden love or something else?