Toonami Adds an Hour Along with Boruto Premiere

The Toonami anime block is about to get a little longer. According to an announcement on the official Facebook page, the block will kick off at 9:00pm starting September 29, with shows running until 4:00am. The expanded schedule lines up nicely with the Toonami debut of Boruto: Naruto Next Generations, which will air at 10:30pm. 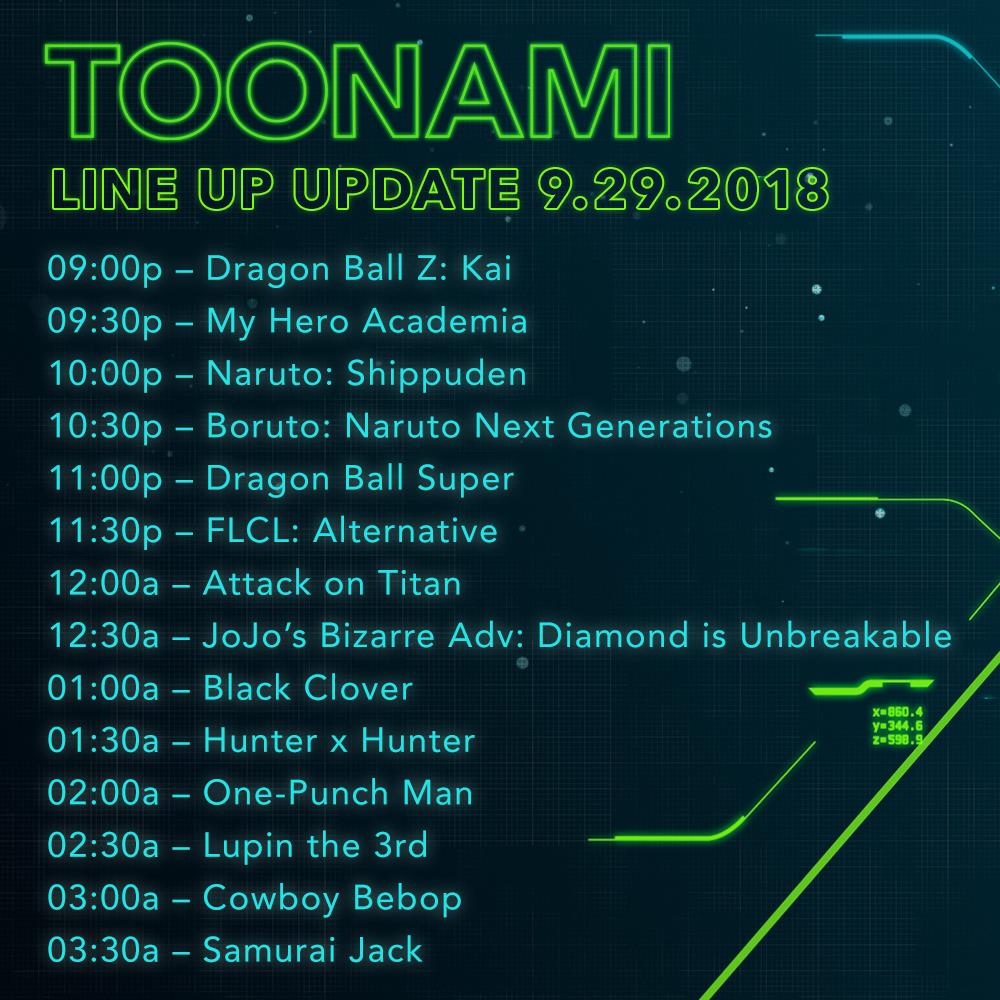