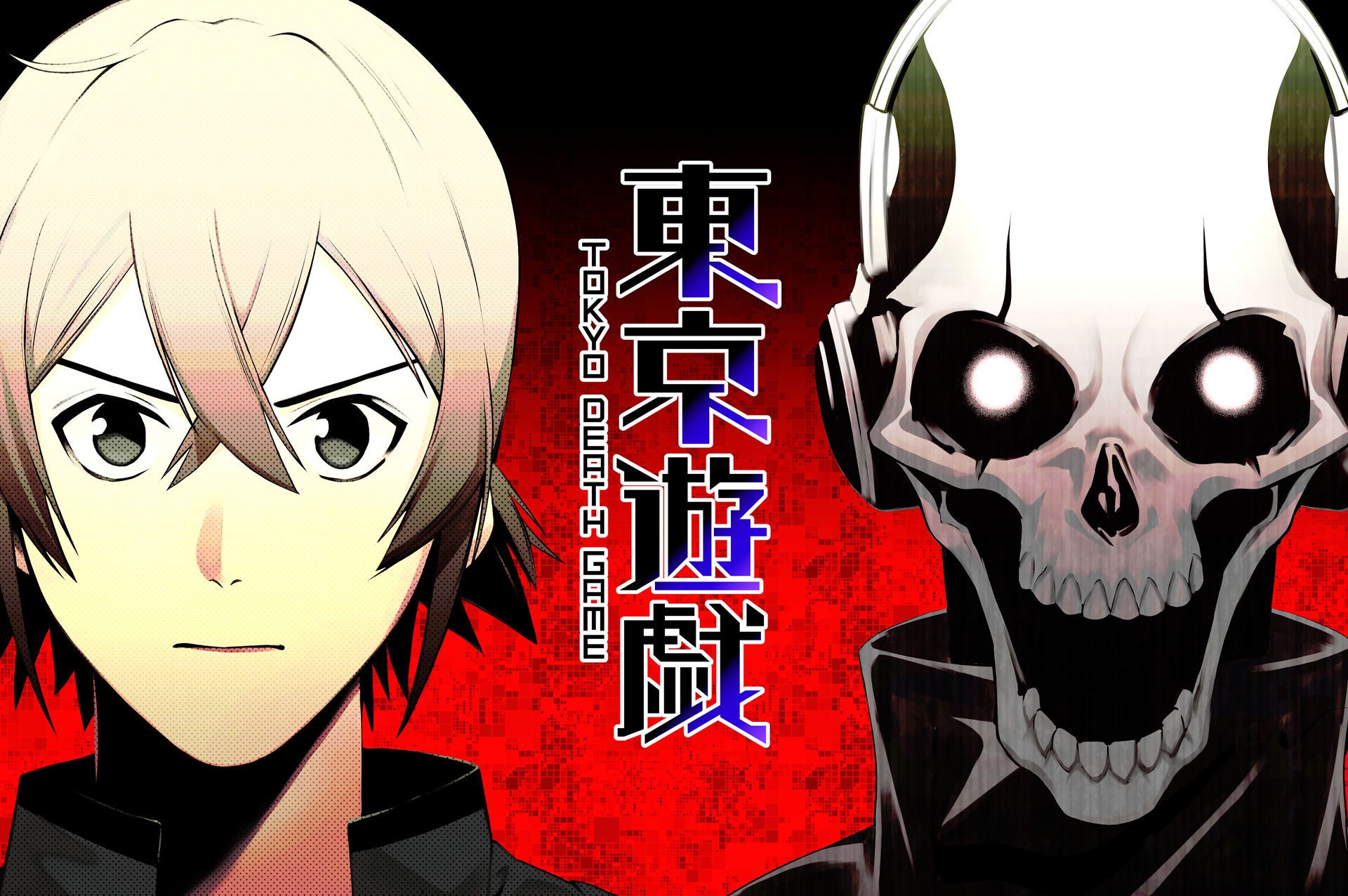 16-year-old Kaname Amamiya is a kind, well-meaning young man with a lot of troubles. His parents have both died, leaving him to care for his 14-year-old sister, Miyu. But now Miyu is sick, and unless she gets very expensive surgery, she will die before she turns 20. On top of that, media outlets were recently hijacked by the video streamer Cypher, who declares that he’s bought Japan.

Cypher is a mysterious individual who looks like a skeleton face with a body. His says his plan is to isolate Tokyo and host “The Tokyo Game” there. He warns people it’s a difficult game, but says that if they win, he’ll grant one wish.

That’s all Kaname needs to know. With one wish, he could get his sister the medical help she needs.

Kaname signs himself up for the game and joins with crowds in Tokyo for it to begin. The first game just has the people reach some towers, which doesn’t sound difficult. But that’s before it’s revealed people are going to get killed during this game. Cypher has people watching the game on their screens, and it’s clear he wants baser instincts to come out for the sake of viewership.

From here Kaname is thrown into a life or death struggle just to reach those towers, and worse things are probably around the corner. The manga is fast-paced, and after initially feeling sympathetic for Kaname’s scenario, it’s easy to get caught up in what he’s trying to do for his sister. The game he’s gotten himself into is sadistic and cruel, but Cypher has a point about what viewers like to watch, and the manga knows this and runs with it. In this way, it feels like a mirror to society, and it might have deeper meanings as the series progresses. Right now it’s full of thrilling action, and you can tell the action is only just getting started.

Tokyo Death Game is released in English exclusively by Mangamo.