The Bride was a Boy 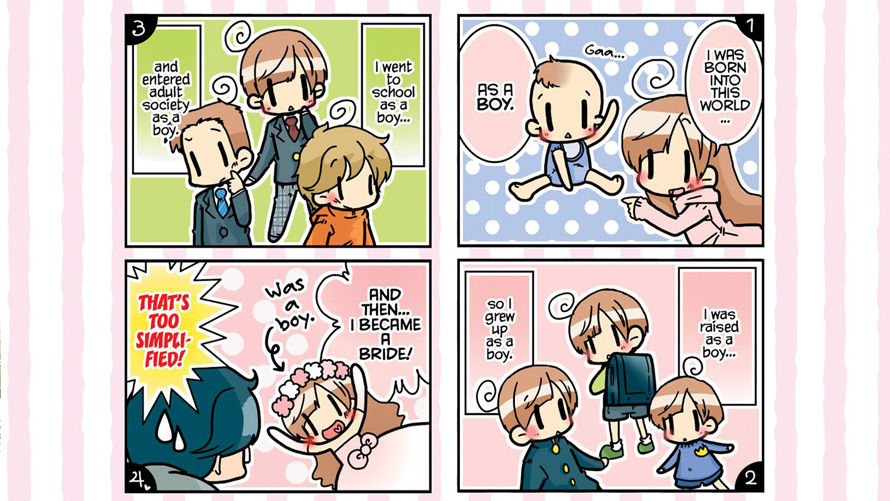 In the 1990s and 2000s, an American manga reader might get the impression Japan was more progressive on LGBT issues than the US: American mainstream comics were aggressively straight, while manga was filled with genderqueer characters, sex-swapping, and gay romance. But in 2018, Japanese politics seem distinctly behind the curve. Same-sex partnerships are still illegal everywhere in Japan, and legally changing your gender requires both therapy and sex reassignment surgery. In other words, escapist and fetishistic LGBT images in pop culture don’t necessarily translate to real societal acceptance.

Originally a blog that later developed into a manga, The Bride Was a Boy is an autobiographical “comic essay” about a Japanese trans woman’s life from childhood to transition to love and marriage. Beginning with how she met her husband, the story flashes back through her childhood, her adolescent crushes on and relationships with boys, her youthful difficulty finding transgender stories she could relate to, and eventually coming out to her family and beginning her transition. When she meets the lovable dork who will become her husband, Chii faces a whole raft of new issues: agonizing over when and how to reveal her trans status, flying to Thailand for sex reassignment surgery (actually three surgeries: a vaginoplasty, a mammoplasty, and a tracheal shave), introducing him to her family, and planning a wedding with “husband-kun” as her faithful partner. 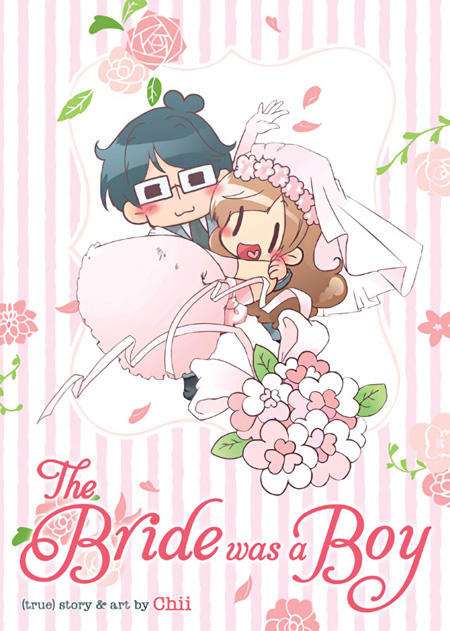 Illustrated with cute, simple artwork (unfortunately the color segment at the beginning looks rushed compared to the later pages), this is a charming mixture of personal story and educational manga aimed at people new to LGBT issues. In between telling her story, Chii spends pages explaining things like the rainbow flag, the term “LGBT,” and Gender Identity Disorder, now more commonly referred to in the US as Gender Dysphoria. (“Some people believe such a state of being is neither an illness nor a disorder.… It’s all really tricky to navigate.”) In other sections she patiently responds to the kind of things cis people say to trans people. (Example: “I’m so jealous! You understand how a man and a woman feels!”)

Ultimately, however, it’s the autobiographical sections that make the manga. There’s no major coming-out drama here, but there are many great small moments from painful to sweet (Chii to her mom: “I’m really sorry to change the wonderful name that you so carefully thought up for me.” Mom: “Oh, don’t be silly. I feel bad for giving you a name that made you feel so bad.”) Some of Chii’s issues are instantly recognizable to American readers, like nervousness about which bathroom to use, while others are more specifically Japanese, such as the fact that fufu, the kanji for “married couple,” specifically implies a man and a woman. Sticklers might object to some of Chii’s choices, perhaps even the very title of the manga, but they’d be missing out on a delightful addition to the tiny canon of trans manga, by trans folk, published in English. Recommended.