Suehiro Maruo Coming Out with New Manga About Aspiring Mangaka 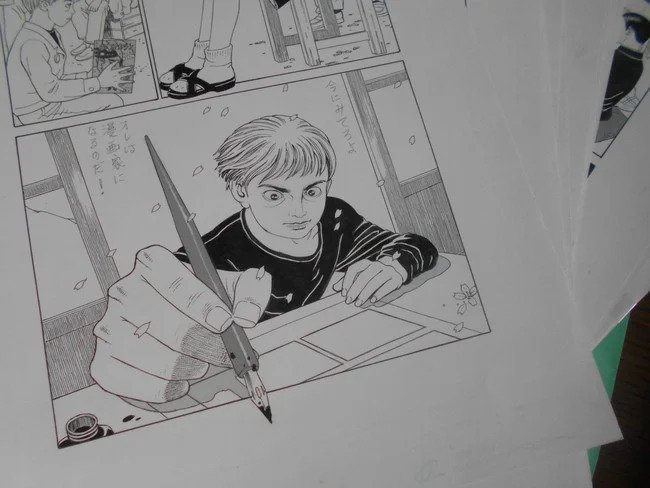 Fans of mangaka Suehiro Maruo have a reason to celebrate, because he’s working on a new, long manga. Maruo hasn’t said too much about it yet, but he disclosed some teasers on Twitter.

So what do we know? We know that the manga will take place in 1968 Tokyo and be about an aspiring young manga creator. Maruo also shared a page from the first chapter where we see the artist at work. He did not say what the manga will be called or when it will begin publication.

Maruo is the mangaka behind Mr. Arashi’s Amazing Freak Show, The Strange Tale of Panorama Island, and Tomino no Jigoku (translated as Tomino the Damned).