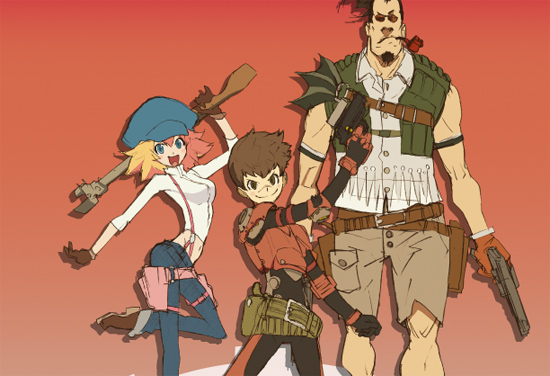 Ask us at Otaku USA HQ what our favorite anime studio is, and on days when we’re feeling arty and experimental, we’ll definitely answer “Studio 4°C.”

The studio, founded by producer Eiko Tanaka and animator Koji Morimoto and named after the temperature at which water is at its most dense, has always hovered somewhere outside the anime mainstream, favoring bold, experimental titles like Memories, Mind Game and Noiseman Sound Insect. They’ve taken risks like producing the first anime film by a non-Japanese director (Tekkon Kinkreet) and co-producing several international projects like First Squad and The Animatrix.

But in these tight-fisted times, that boldness can also make it hard to get projects funded.

Enter crowdfunding, which has made it possible for similarly adventurous projects by other studios, like Little Witch Academia 2 and Kick-Heart, see the light of day. Now Studio 4°C has hopped on the bandwagon with a unique system that, in theory, will allow them to bridge the gap between western and Japanese backers.

On the U.S. side of things, Studio 4°C are going with that tried and true crowdfunding system, Kickstarter, to help fund their first project, Red Ash -Magicicada-. Produced jointly with Mega Man creator Keiji Inafune’s comcept Inc., Red Ash will be both an animated series and a video game.

Studio 4°C are calling Red Ash a “treasure-hunting animation” and “a fast-paced, entertaining film in which unique characters explore various stages.” The initial $150,000 goal is for a 5 minute episode, with stretch goals in place to add runtime.

Rewards include a 3D print figure of the film’s main character, the right to name a weapon, location, enemy mecha and original character, and a studio of Studio 4°C.

Red Ash will be animated in 3D and be directed by CGI creator Yuta Sato, who worked on Berserk: The Golden Age Arc III.

On the Japanese side of things, where Kickstarter isn’t so easy to use, Studio 4°C will crowdfund on their own platform, Studio°C Fun&. As well as hosting the Japanese site for Red Ash, Studio°C Fun& also has two projects which seem, for the time being, to be Japan-exclusive: a general Studio°C Fun& supporter project and an artbook from Studio°C’s upcoming film Harmony.

As we’ve discussed previously, because of limitations on international crowdfunding, choosing whether to target western and Japanese backers has been a recent problem for anime studios. Adopting this two-tiered system seems to be a potential solution to that problem.

But accepting donations from two sites and two continents might bring its own set of headaches, like balancing the tastes of U.S. and Japanese audiences.

Are you intrigued by the prospect of Studio 4°C moving into the crowdfunding space? Planning to back Red Ash? Or skeptical of the whole prospect? Let us know!