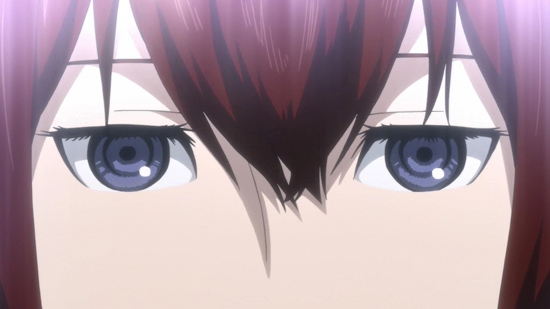 Now this is interesting.

Steins;Gate, the 2011 anime based on a visual novel, is currently in rebroadcast, and up until now, it has seemed like the good old Steins;Gate fans know and love.

That is, until episode 23, which aired Thursday morning, in which a scene from the original played out in a very different way, incorporating new footage and changing the course of the story. Whoa.

In a way, it makes sense: Steins;Gate is, after all, based on a visual novel, in which the player’s decisions lead to branching paths and alternate endings. But it’s surprising (and totally rad, we might add) for the branching paths idea to show up in what is essentially a rerun of a four-year-old show.

This change is partly in promotion of Steins;Gate 0, which is set to be released on PlayStation 3, 4, and Vita on December 10. The game, which will also be adapted into an anime series, is based on stories from Steins;Gate light novels and drama CDs.

Re-edits to broadcast versions of anime aren’t new: in fact, they’re pretty much the standard these days, but mainly in order to clean up hastily-animated scenes, not change the content of the story. As we recall, the last few episodes of Evangelion had some new content added for home video, but nothing that fundamentally changed the story like this.

The original Steins;Gate anime was 24 episodes, so who knows what kind of alternate footage we’ll be seeing on next week’s rebroadcast. 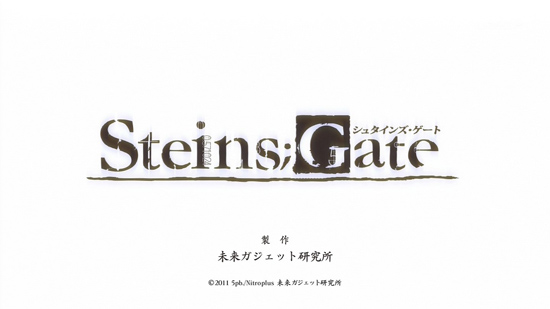 Okay, spoiler time. Turn back now if you don’t want to know what happens in what we’ll call episode 23 prime.

In the original episode 23, Okabe, having failed to prevent Kurisu’s death, gets slapped by Mayuri, which motivates him to try again. But in the new version, Mayuri instead comforts Okabe, causing him to abandon his attempts to save Kurisu. He becomes a normal student, but one day, an AI version of Kurisu appears. 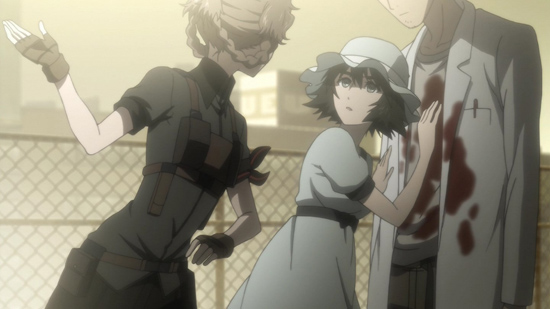 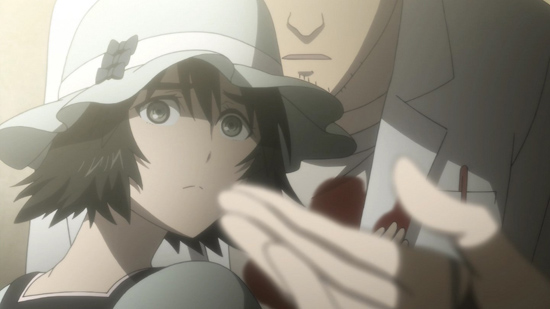 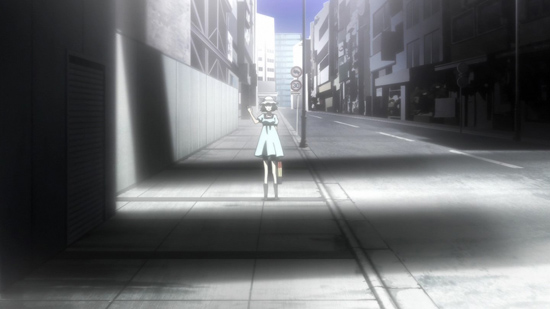 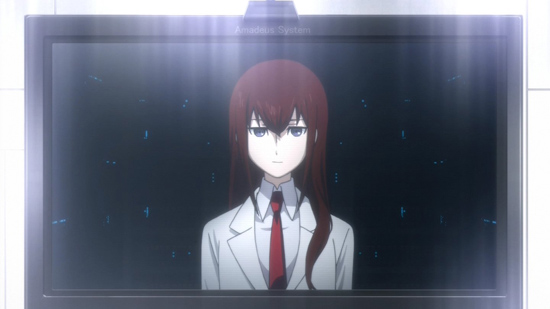