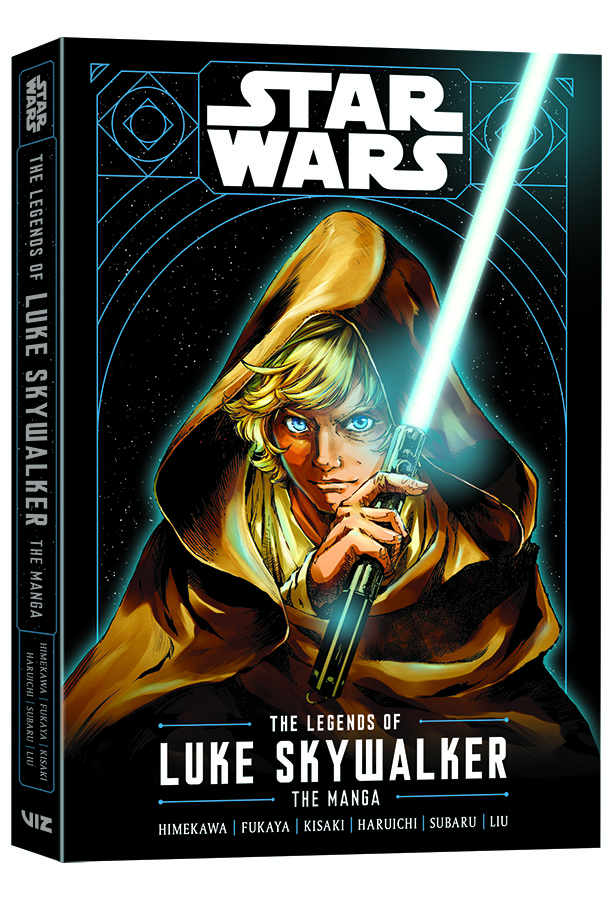 A Star Wars manga, you say? It’s really not that surprising. There’s the fact that George Lucas was influenced by Akira Kurosawa and Japanese culture — look no farther than Darth Vader’s helmet, which resembles a type of samurai helmet. And Japan has a big Star Wars fanbase, as shown by their recent Star Wars kabuki play.

The Legends of Luke Skywalker: The Manga is an anthology containing four stories from different writers and artists, all adapted from the 2017 book of the same name (minus the “manga” part) by Ken Liu.

The first story is “The Starship Graveyard” by Akira Fukaya and Takashi Kisaki and is their English language debut. It follows a supporter of Emperor Palpatine who likes everything symmetrical and neat, and believes it’s just the rebels who torture people. But after he’s wounded and saved by Luke Skywalker, he has to start questioning everything he knows.

The second story, “I, Droid” (an obvious nod toward Isaac Asimov) is by Haruichi and it’s also her English debut. But she’s not new to Star Wars work, because she created the webtoon Leia Organa: Ordeal of the Princess. Her story follows Zeta, a droid who meets up with R2D2 and C3PO, and then later Luke.

The third story, another English language debut, is “The Tale of Lugubrious Mote” by Subaru, an anime background artist. This story is about Lugubrious Mote, a parasite who lives on Salacious B. Crumb, Jabba the Hutt’s jester. Lugubrious Mote is actually kind of kawaii for a parasite, and befriends Leia and helps her and Luke out. His version of how things went down is a little different from the movie, but in a wink-wink sort of way.

The fourth and final story is “Big Inside” by Akira Himekawa, the pen name for the manga duo behind The Legend of Zelda manga. A biologist student gets a ride from Luke Skywalker across the galaxy, and while they run into trouble, the story also gets into numinous mysticism and philosophy.

Star Wars comics have existed for years, and this is just a new take on them. The book reads left to right, but you can see the Japanese influence and how each creator brought his or her own personality to their story. It ought to be fun for fans of both Star Wars and manga, so definitely give it a look if you fall into either category.

The Legends of Luke Skywalker: The Manga 1