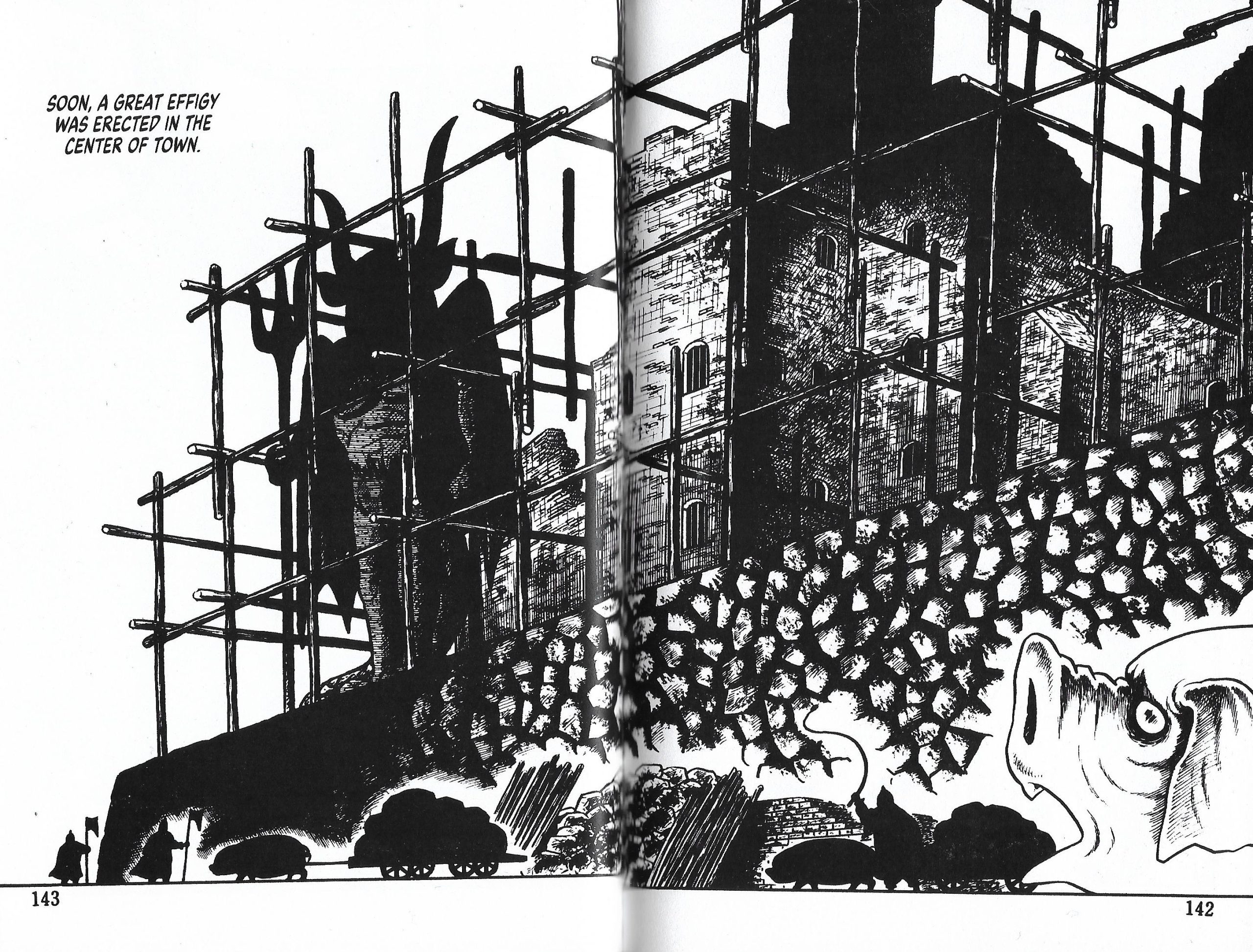 Star Fruit Books is launching a horror manga imprint called Blood Orange. It revealed information on books being published as part of this line:

“After six months of surviving the zombie apocalypse, college student Sawanabe finally gets bit. However, the transformation comes with the unexpected surprise that the young man is still able to think like a human. Having to fight for survival, Sawanabe must balance his morality with his craving for human flesh.”

This title is already available.

Town of Pigs by Hideshi Hino

“One night, under a blood red moon glimmering with demonic beauty, a group of devilish creatures armed with axes and spears came riding into a quiet city on horseback. One by one, they loaded the villagers up into cages and carried them off without any explanation… I barely managed to escape alive.”

This title is already available.

“The child of morning and night, the thunder bird, the great tree, the spirit…
An anthology spun from beautiful, strange, and slightly eerie lives.”

“A oneshot collection of choice works by Sci-Fi Horror mangaka and DJ, Tatari Takayama! Author of ‘The Fear of Mouth Eyes Woman’ and ‘G-Pen Magic’.”

“The collection the two volumes will comprise of his one shots and each page will be rendered in exquisite detail to showcase his splendid artwork – each panel worthy of being framed. Noroi Michiru’s aesthetic is impressive in that it conforms to Western expectations, both amongst illustrated covers and also pages of narrative – focused, realistic anatomy opposed to more exaggerated, fanciful forms.”

It did not yet list when these will be released.