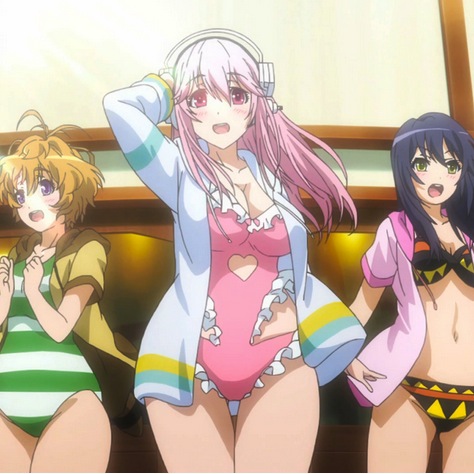 Sentai Filmworks rolled out another English cast list, this time for the dub of Super Sonico: The Animation. A few roles trickled out previously, but now we have the full list in advance of the May 26 Blu-ray release.

Saying Sonico is an incredibly busy young woman is an understatement. She juggles a modeling career, part-time work at her grandmother’s bar, and performs lead vocals and guitar in an all-girl band all while attending college! Not to mention taking care of her five cats – or is that the other way around? When her workload gets a little too heavy, she can count on her fellow musicians Suzu and Furi and the rest of her friends for a stabilizing influence. Get ready for the bounciest adventure ever as this three girl band shakes, rattles, rolls and takes Tokyo by storm!