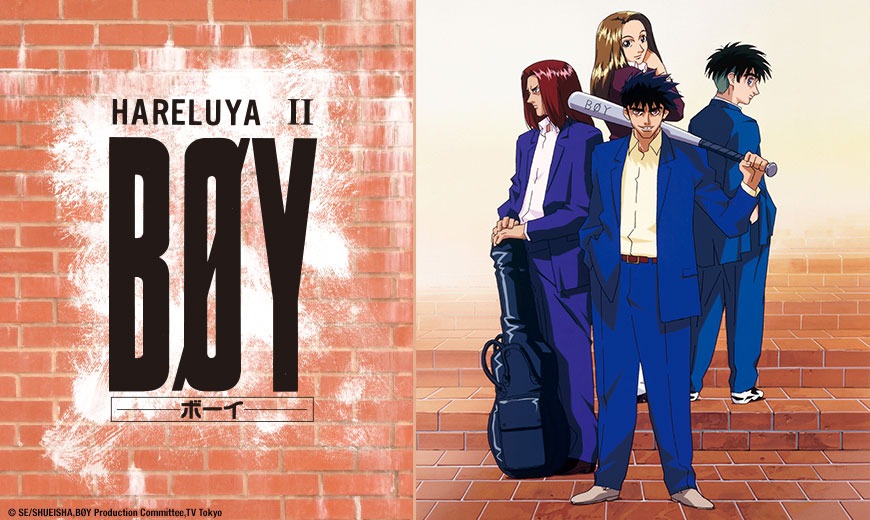 Sentai Filmworks kicked off the week with an unexpected anime license, this time in the form of 1997 comedy anime Hareluya II Boy. The 25-episode series is coming to select digital outlets, followed by a home video release at a later date.

Hareluya Hibino has one ambition in life: to conquer the entire world! Despite his tough exterior, he’s not a bad person, and when push comes to shove, he’ll do his best to help those in need. Together with aspiring painter Kiyoshiro, Hareluya will take on whatever curveballs life may throw his way.