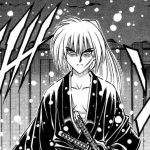 According to Yomiuri Shimbun, Nobuhiro Watsuki—the 47-year-old manga artist behind hit series Rurouni Kenshin—is facing charges for possession of child pornography. The Tokyo Metropolitan Police Department pressed charges on November 21, and the case has been sent to the prosecutor’s office.

Following up on the investigation of another child pornography crime, police learned that Watsuki had previously purchased DVDs featuring footage of nude girls in their early teens. The youth guidance division then searched his home and discovered around 100 child pornography DVDs in Watsuki’s possession.

Watsuki admitted to the charge, saying, “I liked girls in the higher grades of elementary school to the second grade of junior high.”

The possession of child pornography became completely illegal in Japan in July 2015, and those found guilty of related charges can face up to a year in prison and fines of up to 1 million yen, which is roughly USD $8,900.

Shueisha’s Jump Square magazine recently started running Rurouni Kenshin‘s new Hokkaido Arc. The pubisher commented, “Receiving the media reports this time, we take this matter very seriously. The author is really reflecting upon himself,” adding that they will stop serialization.