ROBUSTNESS – Road to Olympia Is Full of Action and Excitement 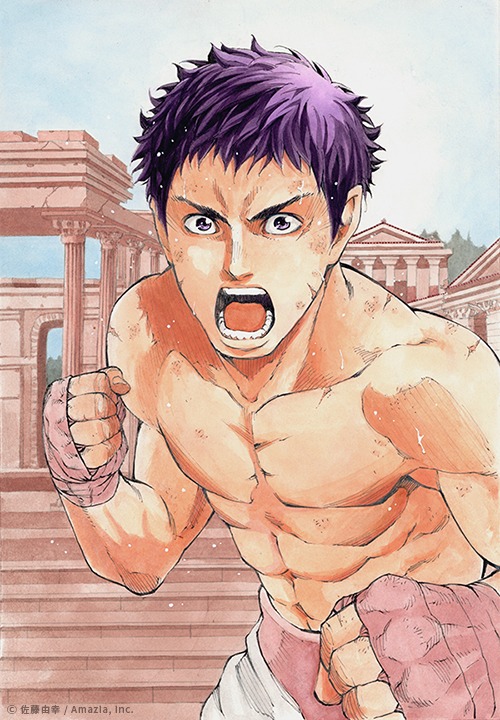 ROBUSTNESS – Road to Olympia takes place in the eighth century B.C. Grenos and Huros are brothers who live on the island of Lemnos, and together they train in the art of Pankration, a real ancient Greek martial art form. Grenos isn’t as good as his older brother, Huros, but he tries.

They’re part of a close family, but they don’t know everything about one another. For instance, Grenos’s father was in the Olympics before his sons were born, but Grenos doesn’t learn this until now, when his older brother tells him. There’s also talk about the father having previous sons, all of whom died. And the father is known as the hero of Lemnos for his military prowess, though all the details around that have yet to be revealed.

One day Grenos and Huros are away from the village and it’s attacked by Spartans. They rush to save their mother, but it’s too late. The Spartans kill both their parents, then take Huros a prisoner and turn Grenos into a slave. Grenos promises to keep up with his Pankration training and meet up with his brother again at the Olympics.

Losing his family and his vow about martial arts and the Olympics are a good setup for a shonen manga, or for the iconic Hero’s Journey. Plenty of manga employ martial arts, but Pankration gives it a different twist. There are some cool fight scenes, as you’d expect, and plenty of mystery lurking in the background. For instance, why would the Spartans want to kill their father, but leave Grenos and Huros alive, even though they’re potential threats? So there seems to be a reason why the Spartans want the boys to still be alive, and not just because we wouldn’t have a story otherwise.

The world portrayed here is manga-fied, meaning modern sensibilities and ways of talking make their mark, as opposed to choosing to be as accurate to ancient Greece as possible. The opening volume is full of action and excitement, and seems to have a deeper story underneath. This is a digital-only manga available through Mangamo.