[Review] Welcome to the Ballroom 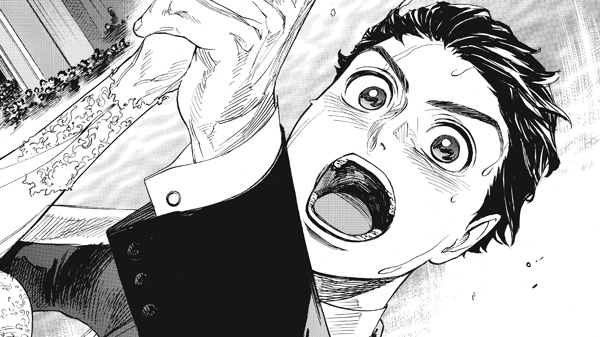 In my mostly male engineering college I knew “those guys” who joined Ballroom Dance Club in a transparent attempt to meet ladies. Of course, this plan can only last so long, so eventually they either gave up or, in rare cases … actually fell in love with dancing! Welcome to the Ballroom is about the latter.

Fujita is a pushover with no motivation, caught between mounting pressure from his middle school teachers to pick a career path and nonstop bullying from local delinquents. After a chance meeting, however, he ends up finding his motivation in the unlikeliest of places: ballroom dance.

Initially Fujita is taken in by the potential to touch a girl, but soon he finds that the beauty of dance is what really captivates him. It’s a bit ordinary as far as shonen sports manga go, with Fujita oscillating between showing promise and falling on his face. He clashes with an obligatory rival (the current partner of his would-be girlfriend) and has impassioned inner monologues about how he wants to be a world-class dancer.

It all feels a little perfunctory sometimes, partially because there’s not much that sets the characters apart. Fujita’s teacher, a sly, arrogant pro dancer, is one of the few characters with a memorable personality. Fujita is just an earnest wannabe dancer, and ironically lacks the most common shonen sports trope: a gimmick ability to make him stand out. The dancing theme provides for some interesting drama around the relationship between dance partners and its parallels to romantic partners, but it’s not enough to save an otherwise pretty boring core story. 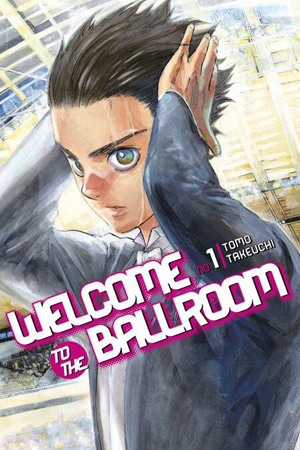 On top of that, newbie artist Tomo Takeuchi turns in some surprisingly sloppy work. While characters often sport beautiful, highly expressive eyes, their faces and bodies often devolve into scratchy, formless lines in an attempt to add motion to scenes. Plus, ironically for a manga so focused on the human body as a medium for art, the anatomy is inconsistent. Some limbs are drawn completely out of proportion, while other parts get ludicrous levels of detail. There’s a hint of Attack on Titan‘s Hajime Isayama in Takeuchi’s art, not a flattering comparison to be sure.