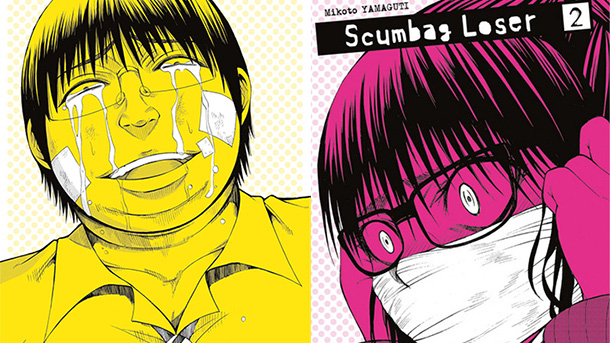 Masahiko Murai is a creep: a panty-sniffer, overweight, bullied in school. The one thing that keeps him going is misanthropy, the satisfaction of thinking that there are other people in the world even fouler than him. When one of the other class losers gets a girlfriend, Masahiko panics that he won’t be second lowest anymore, so he tells people that he has a girlfriend too. He’s more shocked than anyone when the next day the girl of his dreams transfers to his school and tells everyone that she and Masahiko are going out.

When they have some time alone, Masahiko confronts the girl and tells her he knows she can’t be real; she looks just like a photo of Haruka Mizushima, his childhood friend, but Haruka is dead. Finally, the girl grins a devilish leer and tells Mikoto he’s right: she’s not really Haruka, but she’ll pretend she is and go out with Masahiko as long as he “helps” her. “Haruka” wants Masahiko to help her find other people like him: outcasts … losers … people who won’t be missed. After their encounters with Haruka, they come out changed: more attractive, more articulate, but always with that same devilish smirk. As for exactly how Haruka changes them, Masahiko’s not sure, but it involves a lot of screaming, and ripping, and munching sounds…

Though the cover suggests a psychodrama or black comedy, surprise: Scumbag Loser is a monster horror story! As classmate after classmate is “converted” to the ranks of the flesh-eaters, Masahiko’s dream becomes a nightmare and his hands become ever 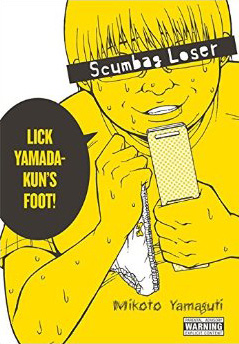 bloodier as he must work to find new victims for his mistress. This is basically a tale of lust and sexual repression (a long horror genre tradition), and there’s a distinct losing-your-virginity metaphor in the way Masahiko’s classmates undergo a slimy, secret encounter and come out confident and shiny and new. Alas, the promise of Chapter 1 soon falters: literal sexual abuse enters the plot in a shallow, exploitative way (the big-breasted femmes fatales don’t help) while the plot takes several abrupt and illogical turns, as if the author had originally intended to end the story early on and didn’t know how to keep it going when it proved too popular to stop. The bad art (and, spoiler, bad monster designs) hurts the story as well.

There are a few good horror moments here, but in the end Scumbag Loser squanders its potential due to weak artwork and juvenile, desperate-to-be-“edgy” writing. Printed in a single 600-page omnibus.

New Game! Anime Gets Second Season
Drifters is the awesome new anime from the mind of Hellsing creator Kouta Hirano