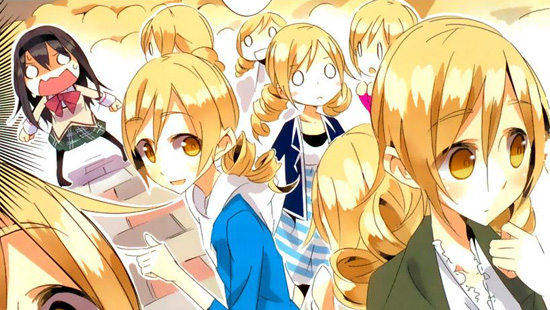 The dark magical girl series Puella Magi Madoka Magica is famous (or infamous) for being heavy handed, extremely serious, and/or teeming with existential angst. That’s why Puella Magi Homura Tamura is such a fun and interesting riff on the popular series. Taking a page from Azumanga Daioh or Lucky Star, it presents a much sillier side of what goes on behind the scene with our favorite magical girls. Even Kyubey himself gets in on the fun.

This volume is a collection of four-panel comics littered with gags that’ll get laughs out of any Madoka fan. As Madoka Magica side character Akemi Homura dimension-hops from timeline to timeline, she’s forced to contend with some absolutely inane situations, like airheaded versions of Madoka, Miki, and Mami who ship their Soul Gems out with the mail, forget things every hour, and make contracts with Kyubey all willy-nilly.

It’s as zany as they come, with whip-smart storytelling that works well with the original narrative’s format. Author AFRO’s work is spot on, with snappy joke dialogue and one-liners that feel perfectly tailored for an English-speaking audience (the English rewriters did a good job), and a wealth of pop culture references. 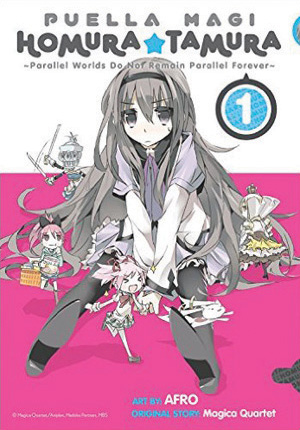 There’s one caveat here, however, and that’s the fact that the manga isn’t very simple to understand if you haven’t already read or viewed the original series. That’s not to say curious fans can’t do a little research, but as a comedy manga it doesn’t work without previous knowledge of the series, and that’s one unfortunate strike against it.

For fans who are familiar with Puella Magi Madoka Magica, however, this series is chock-full of fan service, laugh out loud moments, and other situations that’ll make you question why more normally serious franchises don’t produce more fun and zany collections like this one.

Puella Magic Homura Tamura is a refreshingly light riff on a wildly popular magical girl series that too often can be accused of taking itself too seriously. If you’re not a fan already, it may very well convince you to become one by the end. Recommended. 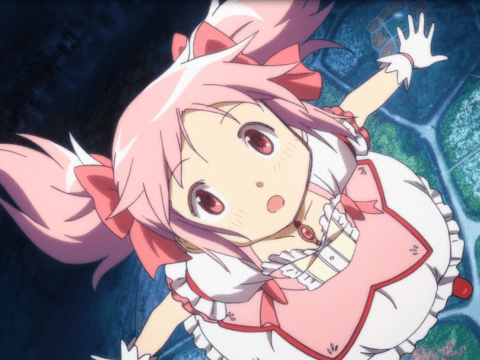