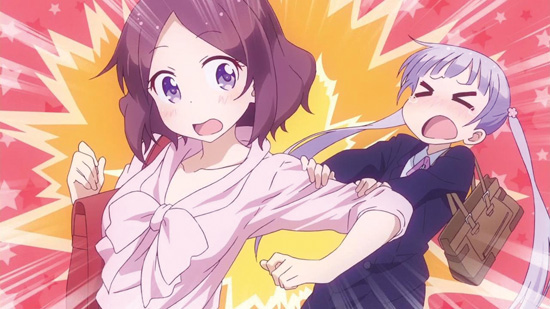 A first job AND first impressions? Oh … the pressures. Adapted from Shoutarou Tokunou’s manga of the same name, New Game! follows protagonist Suzukaze Aoba as she, fresh out of high school, struggles with settling in and completing her duties at her dream job as an artist for a game development company (Eagle Jump). This proves extra stressful given that the person responsible for making Aoba’s favorite game, Fairies Story, turns out to be the head of the team she’s on, and their current project is designing characters for another installment of that same series!?

The manga from which this anime was adapted appears in a seinen magazine, which may be a little more telling about expected readership preferences than content given that the cast is largely comprised of female moé blobs and the workplace humor largely relies on the forced “cuteness” of said amorphous entities. Even toward the end of the series, names are less easy to recall than characteristics. This speaks to how much the characters themselves boil down to caricatures blatantly transplanted from school desk to work cubicle without much effort toward differentiation outside of wardrobe. There’s Sporty, Bashful, and Geeky (Aoba’s immediate cube mates), all of whom dress/accentuate their workspace to reflect their two-dimensional personalities, and then there’s the Eagle Jump upper echelon … the members of which, save one, really aren’t all that much more complex.

The character with the most depth, lead character designer Kou Yagami, will be the main draw for slightly more mature viewers looking for some sympathetic workplace humor akin to the better parts of Servant x Service. Youko Hikasa as Yagami lends some very realistic disappointment as adult, boss, and artist toward her junior team members without betraying the role of a nurturing leader with a sadistically human sense of humor. All of this is unfortunately undermined by gratuitous panty shots from her late-night, in-office sleeping habits, which are implemented for gaze pandering rather than making a point about responsibilities due to grueling development schedules. 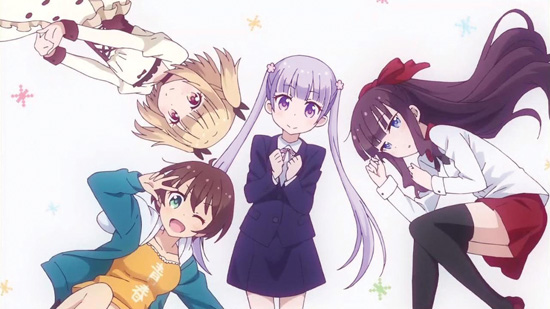 While the approaching deadline for completing the game that the team is working on is mentioned multiple times, the execution and resulting tone of each episode do not even come close to relaying any sense of imposing anxiety in the office. (Even that fact is lazily scapegoated with a throwaway line crediting the Assistant Director.) There is an argument that stems from a stressed-out worker and her friend, but that is resolved in the same episode and actually fosters camaraderie between coworkers during the fight instead of showing any negative downstream impacts regarding the team and their progress on the game.

Similarly, since viewers largely stick with Aoba, and Aoba’s on the character development team, which is largely isolated from the other teams, there’s very little to be learned in terms of the gaming development process and consequences therein. Having one member of the motion department occupy a workstation in the character design cubicle, however, sporadically (at least once?) offers relevant insight into cause and effect between teams. In other words, this title is not one to turn to if you’re looking for the gaming industry equivalent of Shirobako. Instead, New Game! is a Wagnaria!!-esque workplace comedy, sans said title’s brilliant writing and timing, that focuses on co-worker interaction on a Lucky Star level and occasionally throws in some shallow game production insight to further the plot along. 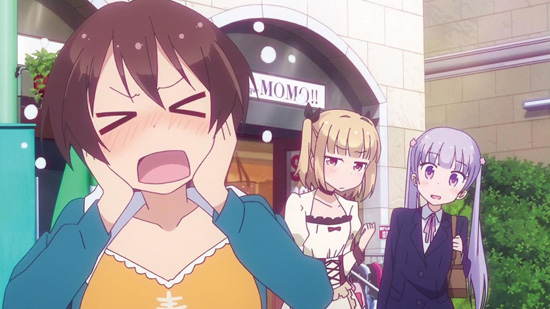 While New Game! feels like a disappointment on all fronts, there are at least passing and background gags that make streaming it in 20-some-odd-minute intervals every week or so enjoyable enough. If you want a moé show featuring slightly older looking character designs, however, this is your jam. (Yagami and Umiko seem the most realistic as opposed to the prematurely shawled company president … maybe because they usually wear pants?) Otherwise, there’s no real tension in or between episodes, so all that’s to enjoy is stereotypes interacting via tropes in a quasi-unique setting.