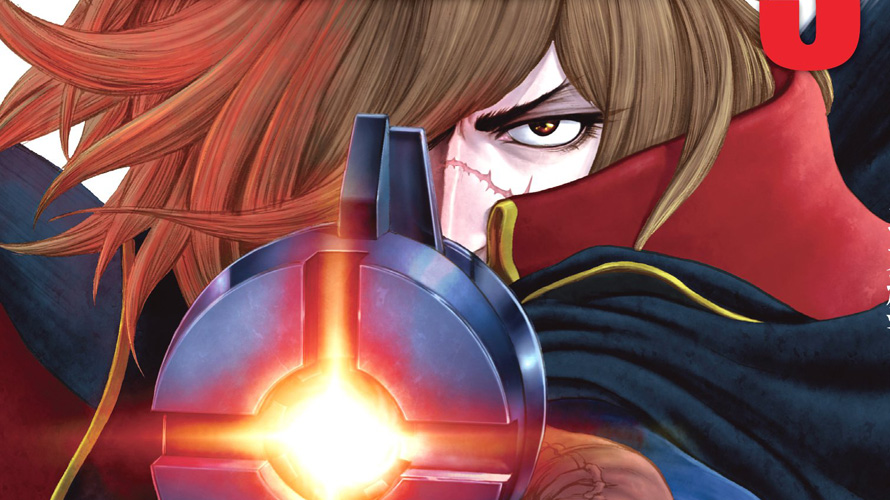 I commend Seven Seas Entertainment for releasing the original Space Pirate Captain Harlock by Leiji Matsumoto, but perhaps Matsumoto’s art style and loose approach to continuity may feel too “old fashioned” to new fans. Harlock is ideal for a remake, but the various anime (and manga) revivals over the years proved lackluster. Dimensional Voyage has the right idea; a Gundam: The Origin-style, cleaned-up retelling of the original story featuring modernized visuals that remains faithful to the trademark Matsumoto aesthetic.

Within this retelling, the events of other classic Matsumoto titles such as Galaxy Express 999, Space Battleship Yamato, and even Danguard Ace are considered prequels that transpired years ago. But that’s a Matsumoto otaku detail; what matters here is that Earth’s heroes have long departed and those who remain in power have grown overly complacent. 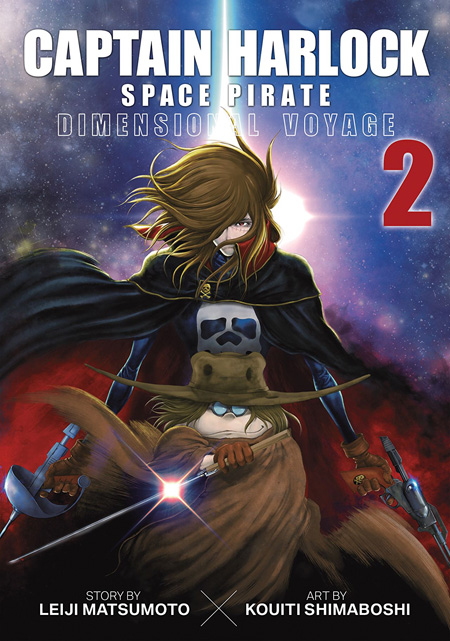 The Prime Minister is an utterly incompetent lecherous buffoon with terrible hair who cares only about golf and making lewd passes at women while the media are just a propaganda outlet. More relevant now than when he was originally written!

Nothing stands to prevent Queen Lafresia, leader of the all-female alien race known as the Mazon, from conquering the Earth … nothing, that is, except for the romantically stoic pirate Captain Harlock and his ragtag crew of misfits, the newest addition of which is young hot-blooded Tadashi Daiba. They’ll be shooting, stealing, and slamming booze across the Sea of Stars, and they’ll no doubt cross paths with some other classic Matsumoto heroes on the way!

As Leiji Matsumoto is now in his 80s, art is by his protégé, Kouiti Shimaboshi, debuting here. While his men, be they willowy and flowing or stocky potato-heads, may have “breasts filled with passion and ambition beyond the scope of the wheel of time,” the women must have breasts filled with all that and more because the chief character design modernization is MEGA BOOBS, BUTTS, AND CLEAVAGE GALORE (please imagine some sort of leering Tex Avery wolf-like reaction here). Recommended.