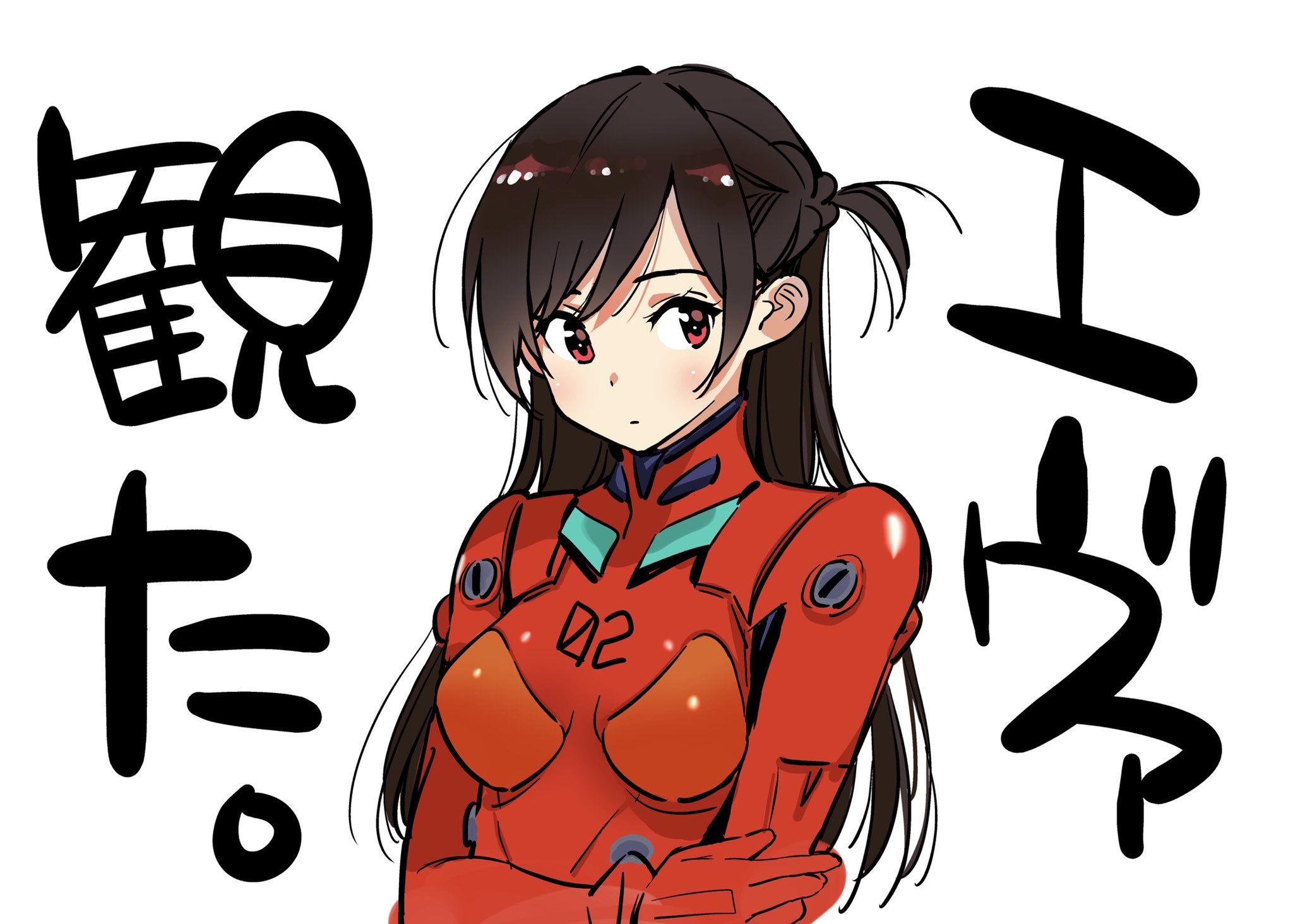 Imagine a world in which the romantic comedy exploits of Rent-a-Girlfriend crossed over with the existential mecha saga of Neon Genesis Evangelion. While that may never actually come to be, Rent-a-Girlfriend manga author Reiji Miyajima has us dreaming thanks to an illustration he posted on Twitter.

No doubt fueled by enthusiasm for the recently released Evangelion 3.0+1.0: Thrice Upon a Time, Miyajima decided to show us all how Chiziru would look in Asuka’s plugsuit. You can see the illustration above, and check out a live-drawing video below.

We don’t know when to expect Evangelion 3.0+1.0 outside of Japan, but the Rent-a-Girlfriend anime will continue with a second season in 2022.