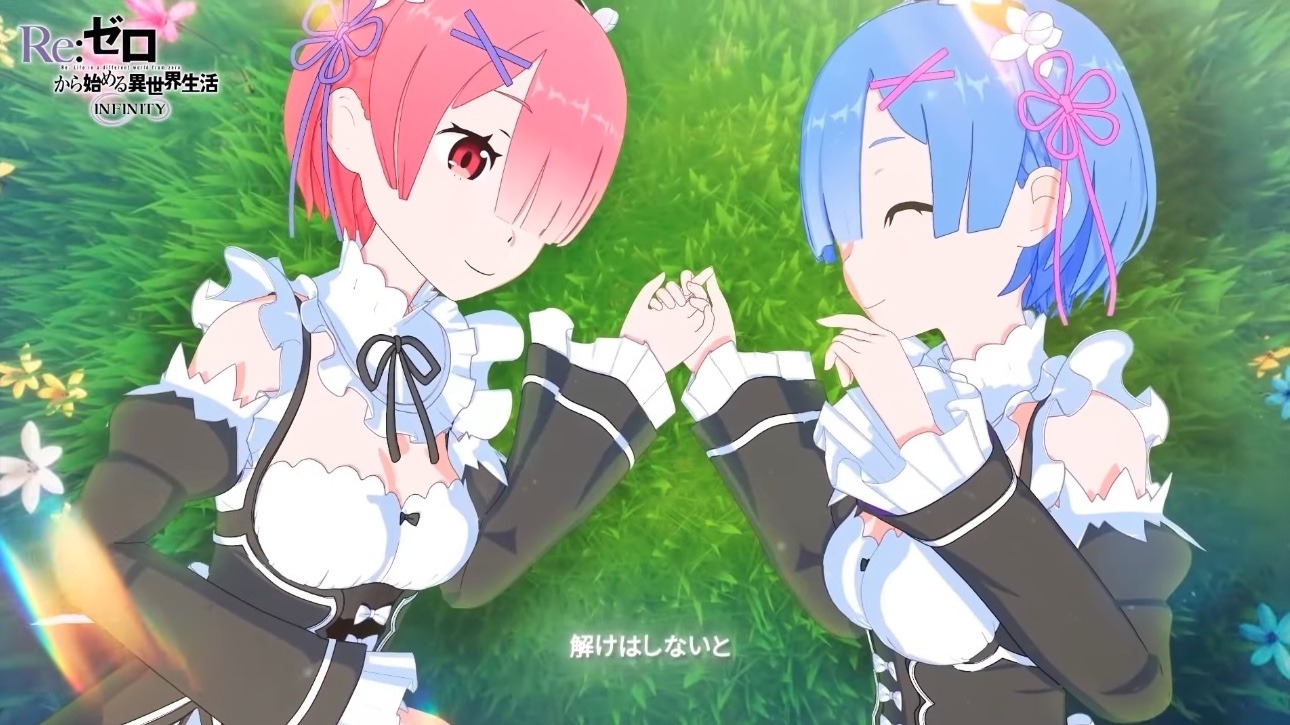 The upcoming mobile game Re:ZERO — Starting Life in Another World: INFINITY previously hyped itself up with a music video from Emilia VA Rie Takahashi, and now it’s time for everyone’s favorite oni maids to take a turn. The latest character song in the spotlight comes from none other than Ram (VA: Rie Murakawa) and Rem (Inori Minase), who are here to delight us all with a new music video for “Two Colors.”

Check it out below to hear what writer/composer/arranger Hige Driver—who previously worked on the “Stay Alive” ending theme for the second part of Re:ZERO‘s first season—cooked up for the duo.

Re:ZERO — Starting Life in Another World: INFINITY is set to kick off its service on iOS and Android devices in Japan on October 13.

And here’s a teaser trailer for the game: