The anime adaptation of Mao Nanami’s 3D Kanojo manga, also known as Real Girl, is coming back for more next year. The series’ official Twitter account broke the news of a second season, which is currently lined up for a January 2019 premiere on NTV’s AnichU block. 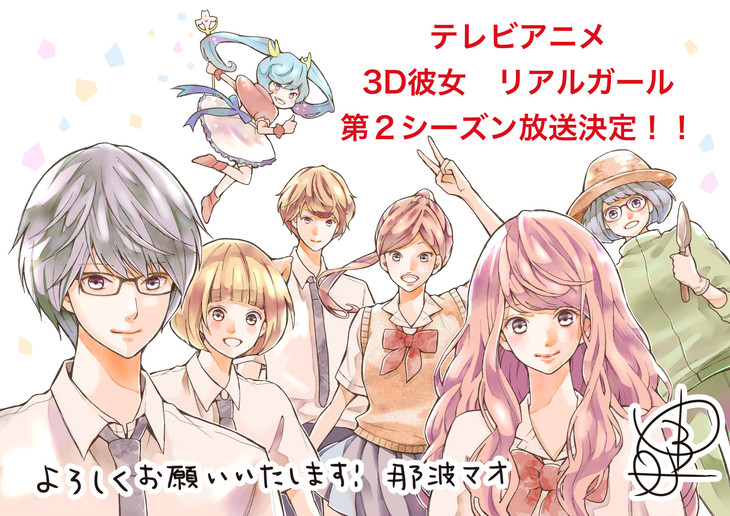 The first season was directed by Takashi Naoya, with Deko Akao on series composition at anime studio Hoods Entertainment. The series was licensed by Sentai Filmworks and simulcast on HIDIVE, and a live-action film adaptation is on the way in Japan this September.

Here’s how HIDIVE describes the series:

The character-driven story follows reclusive Hikari Tsutsui as he falls in love with popular Iroha Igarashi, despite aversions to real-world girls. They develop a close bond neither expected and it challenges their biased notions of who people are.