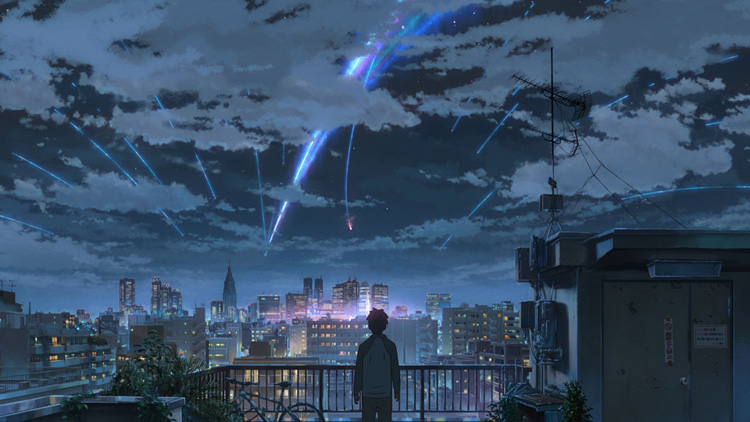 Makoto Shinkai fans in particular and curious anime fans at large may be wondering why mega-hit Your Name is taking so long to be released in America when it’s already come out in China, South Korea, Australia and the U.K., among others.

This may be a contributing factor, at least: Radwimps, the Japanese band behind the film’s soundtrack, have been working on English versions of the film’s songs to be used in the Funimation-dubbed release.

The songs that are getting English versions include “Dream lantern,” “Zenzenzense,” “Sparkle,” and “Nandemonaiya,” all of which are previewed in a new video out today.

Radwimps’ lead singer Yojiro Noda reportedly spent some of his childhood in the States, lending the lyrics (and pronunciation) a bit more credibility than your average attempts at English versions of J-pop tunes.

Your Name fans in Japan, meanwhile, have already had a chance to preview these songs via a short English-subtitled run of the film in January, but American fans will be the first to see the all-English version of the film, starring Michael Sinterniklaas and Stephanie Sheh, when it opens April 7.