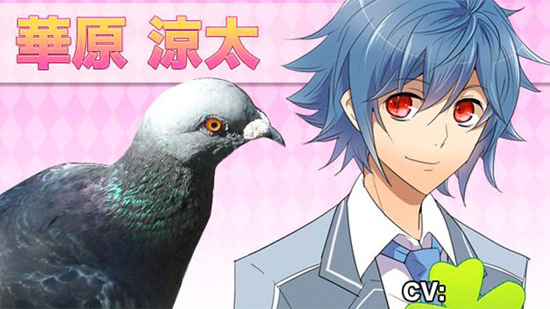 In a shocking turn of events, Devolver Digital, publisher of video games like Hotline Miami, Broforce, and Luftrausers, announced via press release that it will be releasing an English-language remake of fan-favorite pigeon dating sim Hatoful Boyfriend this summer. The mind reels.

The original Hatoful Boyfriend had something of a storied journey to success, starting out as an April Fools’ joke before turning into an actual game that was released in 2011. Putting players in the shoes of the only human girl attending the prestigious St. PigeoNation’s school for birds, the game quickly developed a cult following around the world, no doubt inspired by the game’s irresistible sense of humor, complex exploration of interspecies romance, and the whole “dating sim where all the guys are birds” thing. 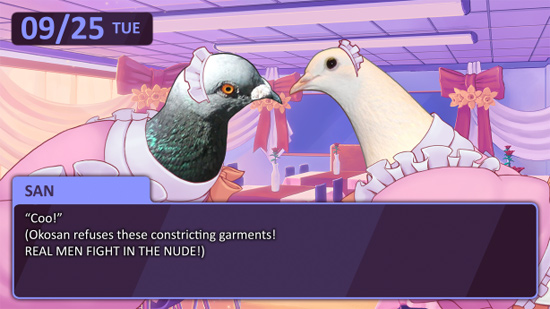 Developer Hato Moa then went on to develop a sequel — the Christmas-themed Hatoful Boyfriend Holiday Star — and an official English-translation patch, which came out last year.
A playable demo of the English remake will be at E3 this week “by appointment only.” Development of the English-language version was handled by British eveloper Mediatonic, whose previous work on games like Amateur Surgeon Hospital would seem to make them a good fit for something like this, assuming they take the property seriously and avoid winking at the camera too much.

Devolver Digital says the game is coming “later this summer,” and will be available on Windows and Mac via Steam, GOG and other online PC game retailers.