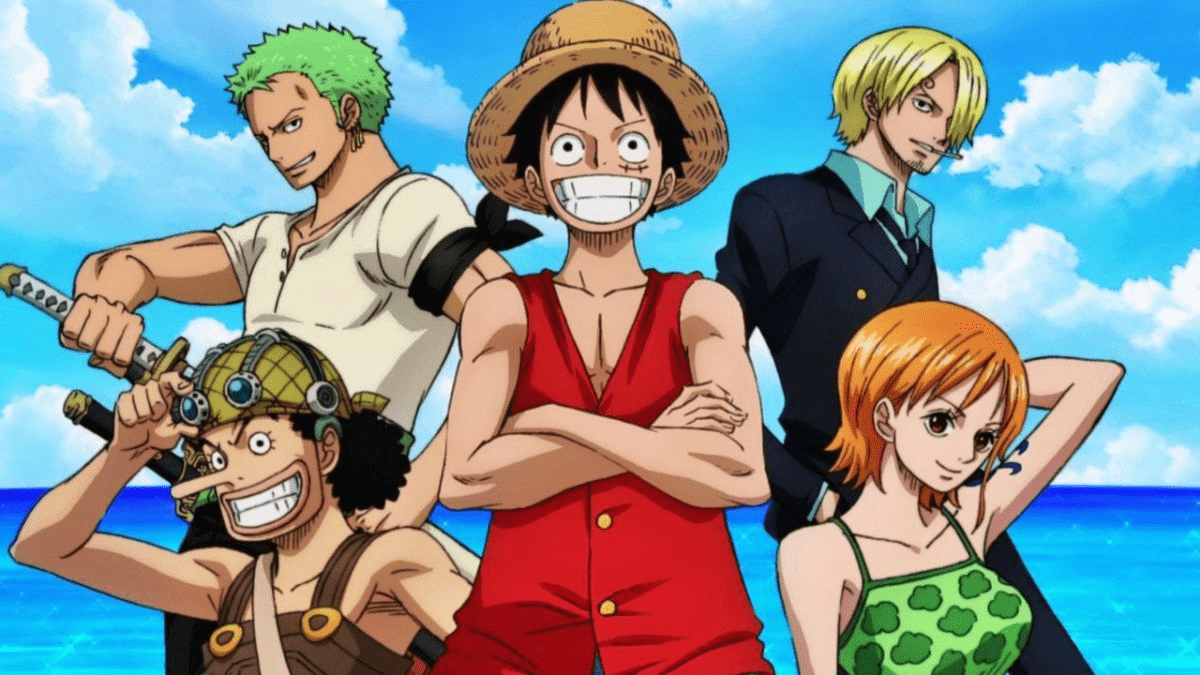 The One Piece anime adaptation has been around an extremely long time. Like, there are grown adults walking around today who have never known a world without Luffy. Deciding you’re going to watch it from the beginning is an Undertaking. Considering it’s been running for 23 years and clocks in at more than 1,000 episodes and many movies, that’s understandable. But it’s still not the hugest show out there.

At present, the piratical series ranks 16th in terms of longest-running anime, and 9th counting only those currently in production. So what takes the lead? Well, Case Closed, Crayon Shin-chan, and Doraemon immediately precede it. But we can go even further back: 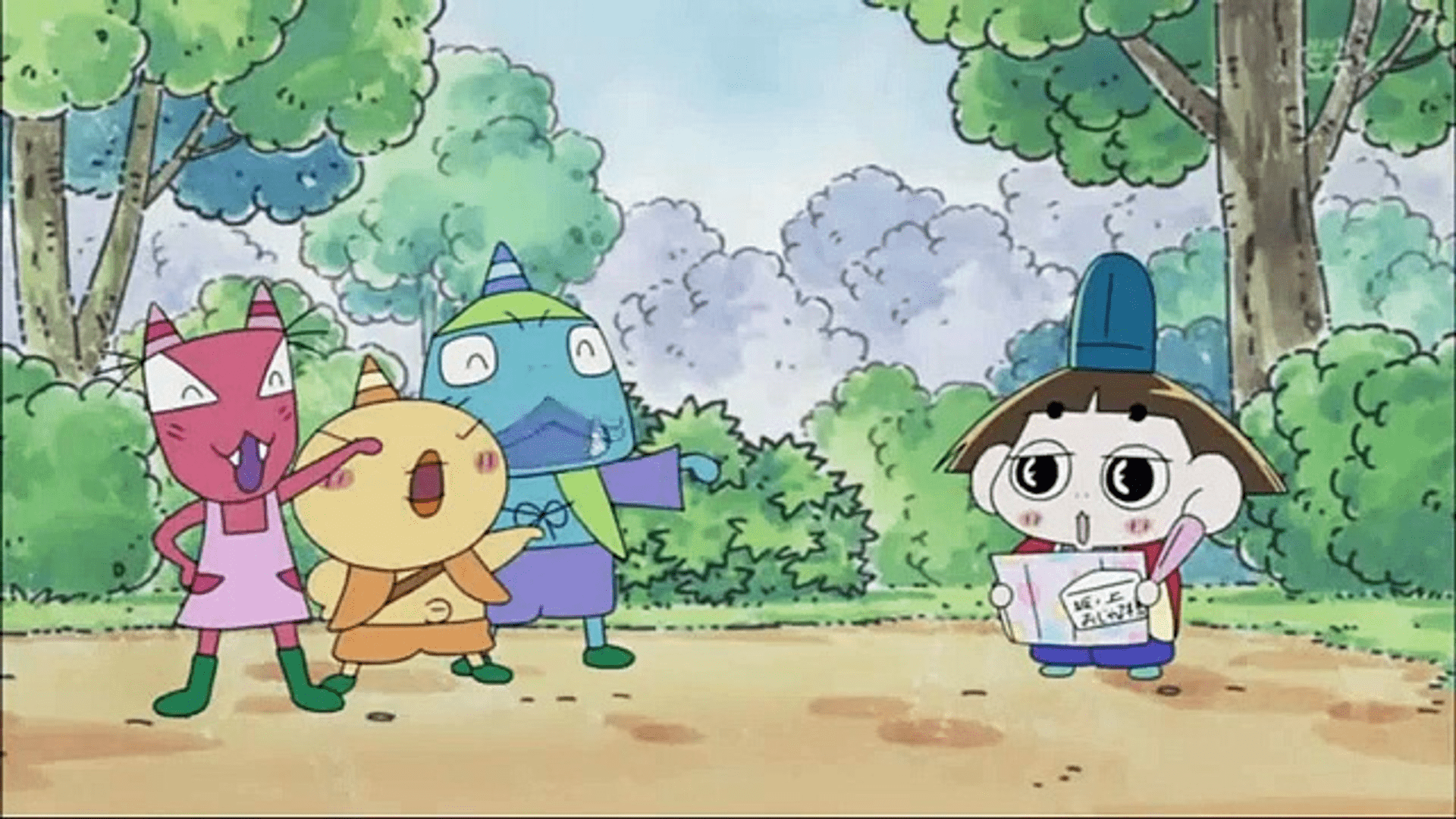 What if your local weird kid was an isekai protagonist? That’s kind of the vibe of Ojarumaru, a kids’ series focusing on Japanese history and folklore. The protagonist, a Heian-era prince who time warps to Japan the long way ’round, began its run on NHK in 1998. (So, one year before One Piece.) He brings a trio of demons chasing after him… mainly because between home and here, he stopped by the moon and stole Great King Enma’s scepter. The one he uses to judge the dead. So, like. Big news.

The series is NHK’s second-longest-running anime, with nearly 2,000 10-minute episodes to its name as of this writing. It’s a mix of ever-modernizing plot points and mythological and fairy tale references. And it inspired a film and a short manga adaptation. But if this is NHK’s second longest, which is first? 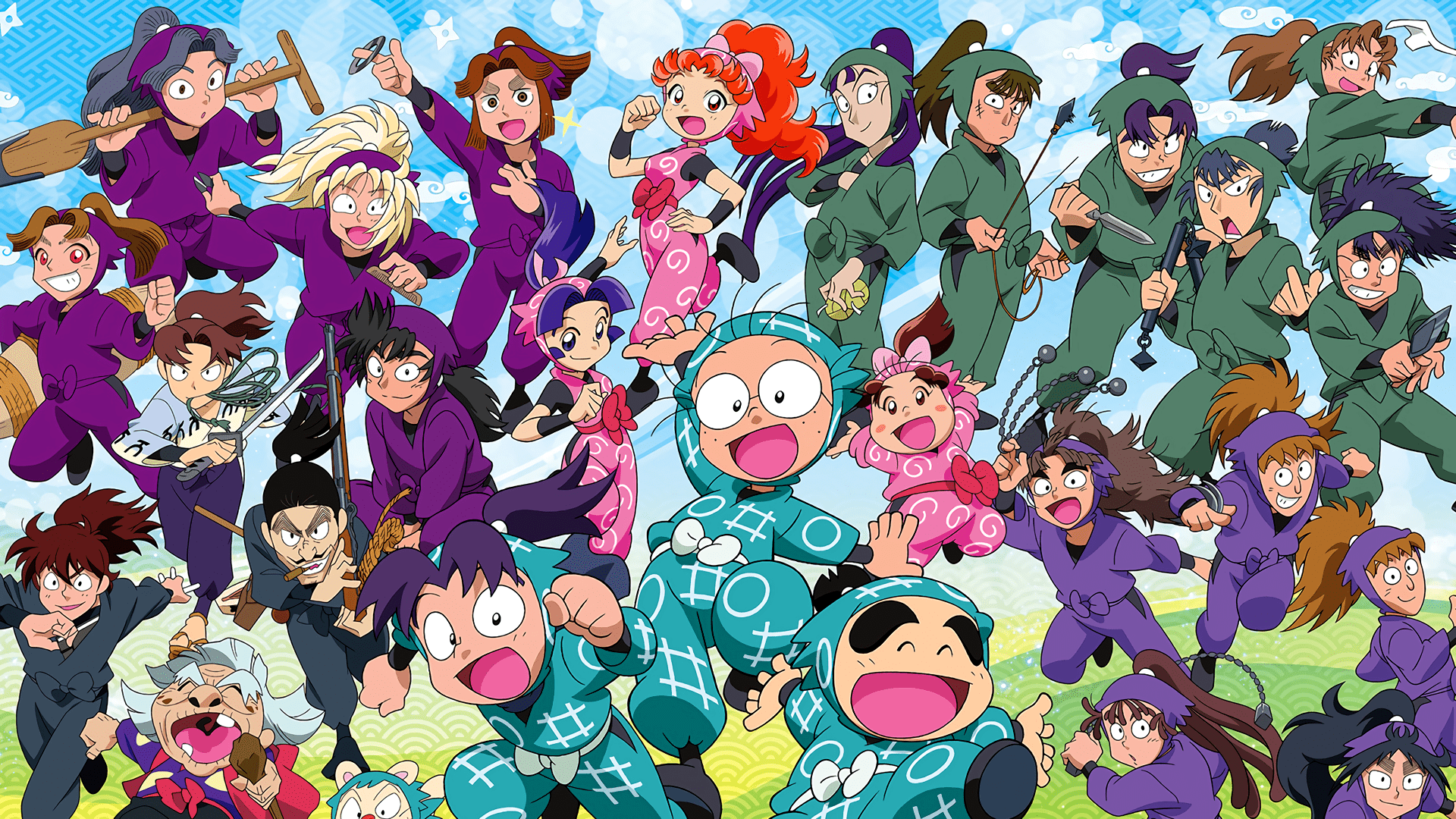 Not to get all pirate vs. ninja about it, but yeah, Nintama Rantarou outstrips One Piece by six years. And that’s only if we count anime adaptations. The series comes from the manga Rakudai Ninja Rantarou, which ran from 1986 to 2019. The series takes place in the Sengoku Era, but that’s not going to stop there being anachronisms for days. Like our protagonist having glasses.

The aforementioned Rantarou is a nearsighted ninja in training, always striving to rise above his second-class station. He’s clumsy and prone to bad luck, but hard-working even so. It’s easy to see why this series would remain popular for so long. This writer was a clumsy, unlucky kid with astigmatism, and Rantarou would’ve been an inspiration. Fortunately, there’s more than 2,300 10-minute episodes to inspire other kids. 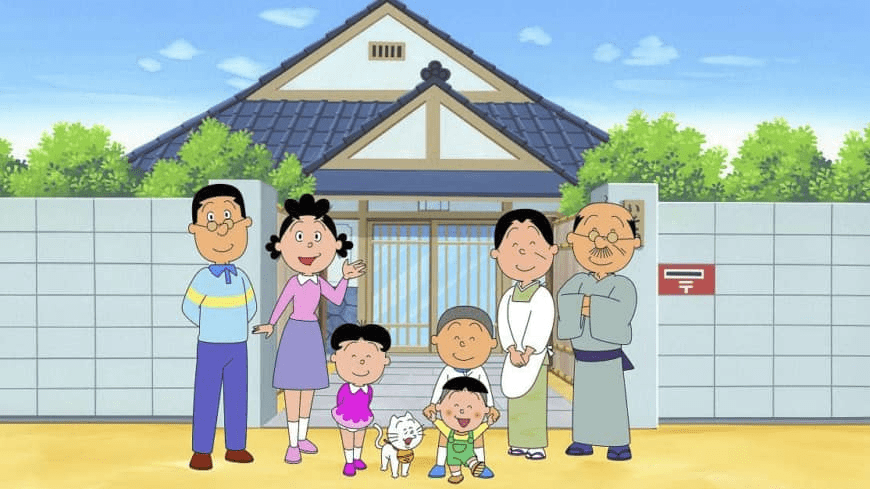 But the leader of the pack by far is Sazae-san, beginning in 1969. And the manga it’s based on… well, it’s older than Astro Boy. Machiko Hasegawa’s influential 4-panel comic began in 1945, five years before Osamu Tezuka began Tetsuwan Atom. The cheerful, outspoken Sazae was foreseen as the core of what would eventually become the “modern Japanese” family after World War II. And that seems to be the case. She and her household have evolved over the decades, and are still well loved.

Sazae-san is also the world’s longest-running animated series, pausing only twice during its long history. Production stopped for one month during the 1975 oil crisis, then switched to reruns for a month and a half in 2020 during COVID-19 lockdowns. Across those years, we’ve had more than 7,800 8-minute episodes combined into your standard half-hour block.

You may have noticed something about these shows. Their “episode” lengths are 8-10 minutes. And yep, that’s a mitigating factor. While all three absolutely outstrip One Piece in years, its 1,000+ episodes each constitute a full-length block. And that doesn’t account for the 15 movies (including the upcoming RED). So, yeah. The crew still has a heck of an impressive run.