Just to clarify: there is no Legend of Zelda movie in the works at this time. However, in a recent MTV interview, Shigeru Miyamoto and Takashi Tezuka (producer of A Link To The Past and Wind Waker) fielded questions about how they would like to handle hypothetical Nintendo film adaptations.

One of the chief questions posed was who would be cast as Link in a live-action Zelda movie. Miyamoto hinted towards a caucasian actor, commenting that Link looks very different from a Japanese person, and that he would like to see someone completely different from the usual actors in Japanese TV and film. Takashi Tezuka said that “…personally, it would be very fun and awesome if Link was played by a female actress, a boyish female actress.” 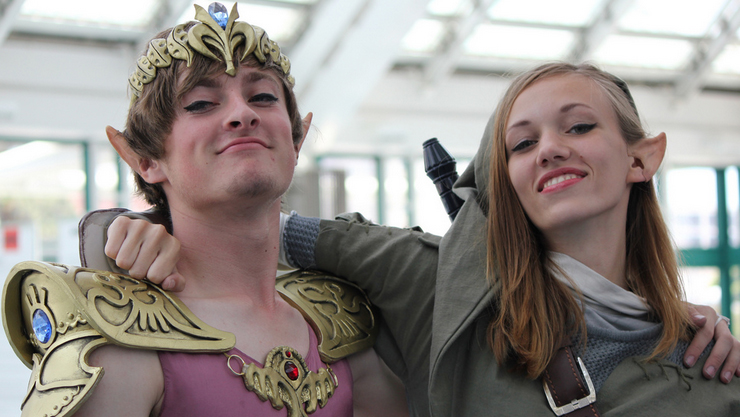 Whatever happens, we can be sure that cosplayers probably already thought of it. Photo by CosplayPhotography

Note that Tezuka wasn’t suggesting changing Link’s gender to female, merely that a female actress could play his male character. Granted, Link’s gender has always been a slightly sensitive subject on account of non-gamers habitually calling him “Zelda”, but it’s been particularly contentious to some fans ever since Linkle, a crossbow-wielding female Link variant, was discovered among unused concepts in the official Hyrule Warriors art book.

The pair of Nintendo creators also briefly discussed Super Mario Bros. Tezuka commented that the roles would involve lots of running, and thus be difficult for chubby actors. Miyamoto insisted that because the original Mario and Luigi sprites were identical aside from the colors, he would like to see them played by a pair of real twins.