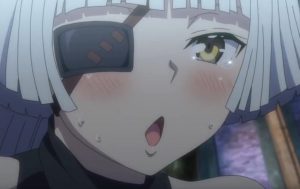 Trinity Seven fans will get a chance to check out the latest anime film in the series in U.S. theaters. The second feature, Trinity Seven: Heavens Library & Crimson Lord, will have a private screening at Torrance, CA’s AniFest event on March 23, followed by a wider release in the U.S. on March 29. That’s the same day the film premieres in Japan.

If you plan to be in the area, you can purchase tickets for the Torrance screening now.

An English website is now live for the film, as well. Check out the latest subtitled preview below.

The series focuses on the adventures of Arata Kasuga, a high school student who is targeted by Lilith, a teacher at a mystical school and given three choices in an effort to help save the breakdown phenomenon of the world by evil forces and while attempting to solve the mystery of his beloved cousin and childhood friend, Hijiri who disappeared to a difference space.