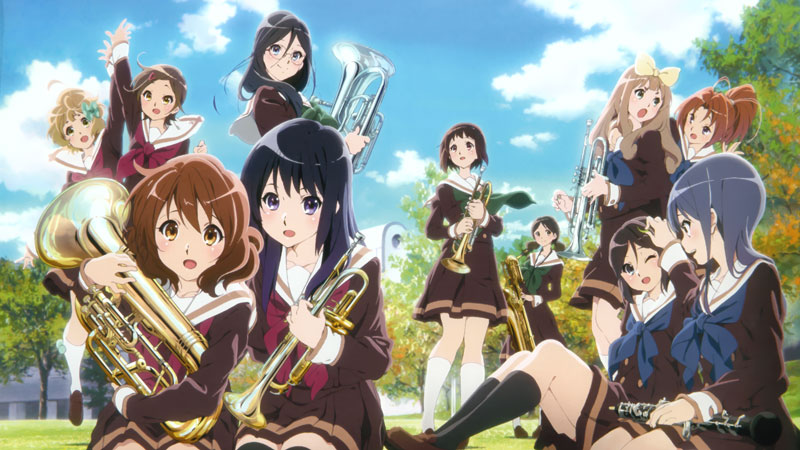 Without spoiling anything, I’ll just say that when the credits rolled on the latest Sound! Euphonium film, I was pretty sure the story wasn’t over.

Now it’s been officially revealed that Kyoto Animation will continue the popular franchise. The new Sound! Euphonium anime will track the third (and final) year of high school for Kumiko and friends in Kitauji High School’s concert band. It hasn’t yet been announced whether the new anime will be a TV series, movie, or something else.

Kumiko’s second year was detailed in the recent film Sound! Euphonium—Our Promise: A Brand New Day, which is headed to US theaters July 11. Here’s how Eleven Arts describes that film:

While Liz and the Blue Bird explored the relationship of band mates Mizore and Nozomi and took on a radical new art style, Our Promise: A Brand New Day returns to Sound! Euphonium’s familiar style and the story of franchise protagonist Kumiko Oumae, now in her second year of high school. Follow Kumiko as she takes on the role of mentor towards the incoming class of new band members. Series director Tatsuya Ishihara reprises his directorial role to create a film that is sure to delight diehard fans and newcomers alike.

The whole franchise is based on the series of novels by Ayano Takeda. 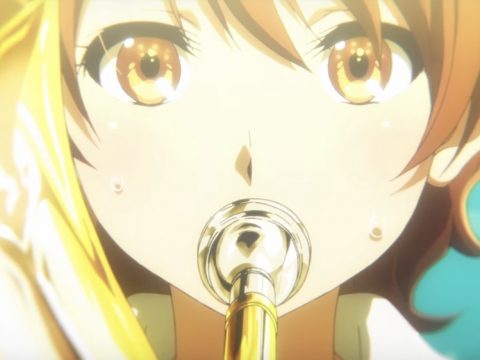