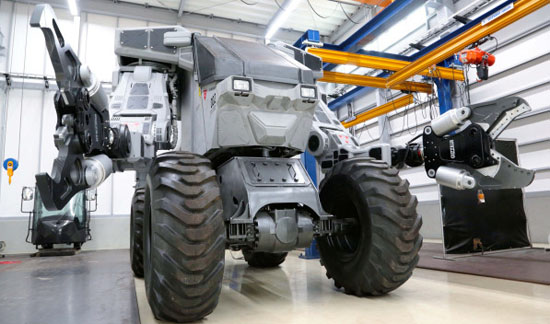 While the Karatas and Megabot were decidedly lacking in any sort of melee weaponry, the Super Guzzila is armed with an industrial cutter on one arm, and an industrial crusher in the other – both being pre-existing designs used in Taguchi’s real industrial equipment. Its aluminum frame and huge wheels come come from Hitachi Industries. It stands 3-5 meters tall and weighs over 15 tons.