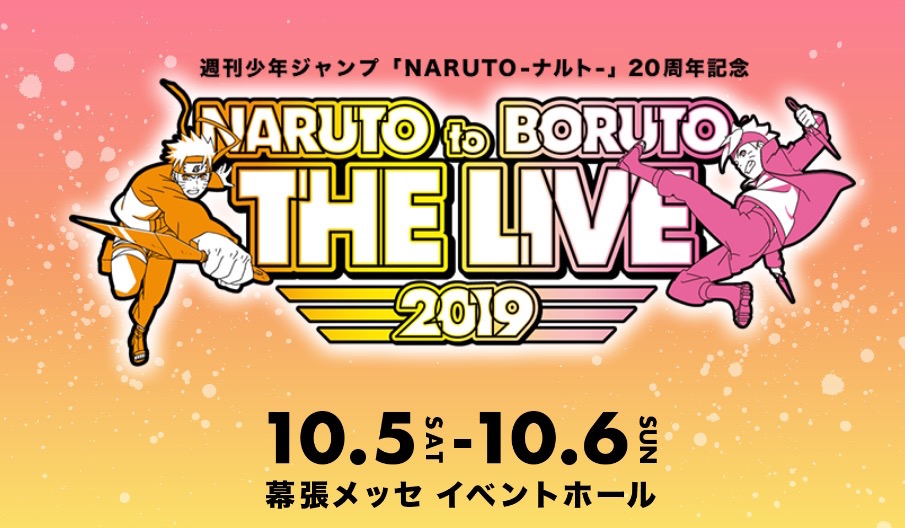 Amazingly enough, it’s been a whopping 20 years since Masashi Kishimoto debuted his hit manga Naruto in the pages of Weekly Shonen Jump magazine. A special event is on the way to Japan to celebrate later this year, with NARUTO to BORUTO THE LIVE 2019 scheduled to be held at Chiba Prefecture’s Makuhari Messe Event Hall on October 5 and 6.

Theme song artists from both the TV anime versions of Naruto and Boruto will be on hand to perform live, and anime voice cast members will participate in stage shows. There will also be special Naruto goods up for grabs, as well as games, exhibits, and more.

In the meantime, the official website is now live.