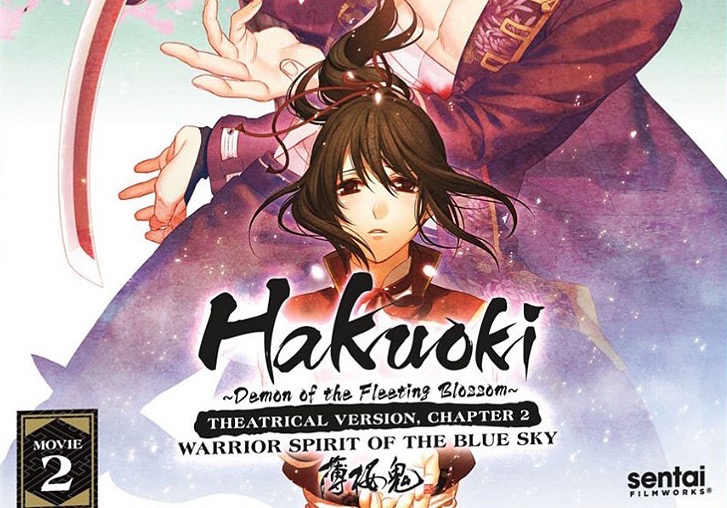 If the suspense of Hakuoki has been killing you, relief is right around the corner! More theatrical Hakuoki is on the way in

which is now up for pre-order ahead of an August 23 release on Blu-ray and DVD.

The second chapter has Chizuru carrying on the search for her father as the Shinsengumi faces off against the dangerous beings in Kyoto’s shadow. Allies are separated and the situation is looking grim as Harada, Shinpachi, and Saito attempt to fight their way out of Koufu. In the meantime, Chizuru keeps her oath and stands guard over Kondou, who is fighting to recover from gunshot wounds along with Okita.

And then we have Hijikata, who has partaken in the Water of Life and now finds himself attempting to balance his humanity against a need for blood and the overwhelming power of the Furies. Who will survive this ordeal? It’s clear that everyone won’t make it out of this one alive, so the stakes are higher than ever before.

Osamu Yamasaki (Toward the Terra, Guardian of Darkness) returns to direct this theatrical outing, with Masami Obari (director of Magic Knight Rayearth, Gravion, Fatal Fury: The Motion Picture, and more) handling storyboards and unit direction for the Studio DEEN production. If you’ve been keeping up with Hakuoki, you’ll absolutely want to see what goes down in Sentai Filmworks’ home video release of