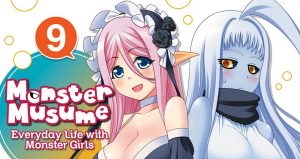 OKAYADO’s Monster Musume manga—which previously inspired a TV anime in 2015—has been on hiatus since September, but it finally let up long enough for a new chapter to debut. While chapter 62 won’t be immediately followed by another, the Comic Ryū blog entry has OKAYADO adding that he plans to do his best to release the next chapter as soon as possible.

Monster Musume first kicked off in 2011, and Seven Seas Entertainment publishes the series in North America. The most recent hiatus was put in place so OKAYADO could focus on mental health.