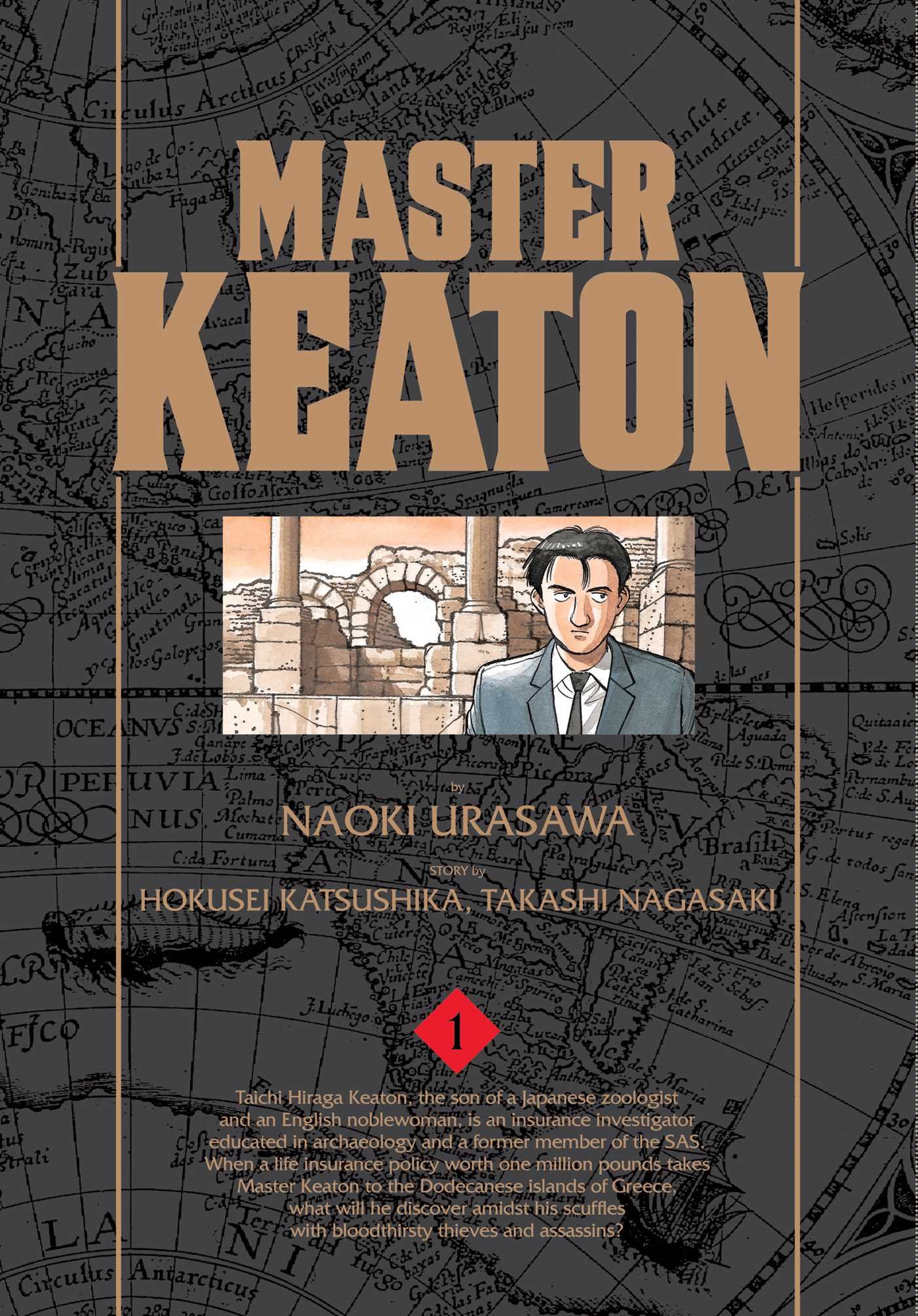 Part Indiana Jones, part military badass, Taichi Hiraga Keaton is truly an international man of mystery. His outward appearance is that of any average college lecturer, but his specialties are something to behold. Formerly a member of the SAS, Keaton is a master of survival, and he uses more than a handful of slick tricks to get past his adversaries in the excellent first volume of Master Keaton: The Perfect Edition.

If I told you one of Keaton’s main gigs was an insurance investigator it might make you back away from this series like a plateful of rotten eggs, but this is Naoki Urasawa we’re talking about. Together with writers Hokusei Katsushika and Takashi Nagasaki, he weaves a gripping tale of intrigue that bubbles and boils along with the best thrillers out there. Everything on the page, from quick bursts of action to the quieter moments that help develop its core cast, is illustrated with the utmost expertise. Story beats and transitions are confidently executed, and there’s just the right amount of exposition peppered in to make it all seem natural.

This should come as no surprise to anyone who’s read a comic illustrated by Urasawa. He controls the page like few others, and his art is the perfect complement to a globe-trotting story that has the potential to appeal to a wider audience than most manga available in English. My only concern with Master Keaton is that I don’t know what it would take to get it in the hands of people who don’t normally give this stuff the time of day. Is your average non-comics reader going to give some unassuming but nicely put together comic called Master Keaton a shot? It might as well be called Mr. Belvedere.

The long term fate of the series is certainly up in the air, but for the moment we should just be glad it’s here. Master Keaton originally appeared in the pages of Shogakukan’s seinen magazine Big Comic Original in 1988, where it would run until 1994. It was adapted into a Madhouse-produced anime series in 1998—directed by Masayuki Kojima (Monster, Tibetan Dog)—and made its way to the states in that form thanks to Geneon, but it’s been a while since we heard from him.

Master Keaton is absolutely worth your time and attention. The first volume of VIZ Media’s Perfect Edition release includes the first 12 chapters of the series, taking Keaton from investigating a suspicious death somewhere in Greece’s Dodecanese Islands to encountering one of many ghosts of his past as a member of the SAS. Anyone who gets excited by survival in the face of man, nature, and whatever else the world can throw at you should start reading Master Keaton right now.