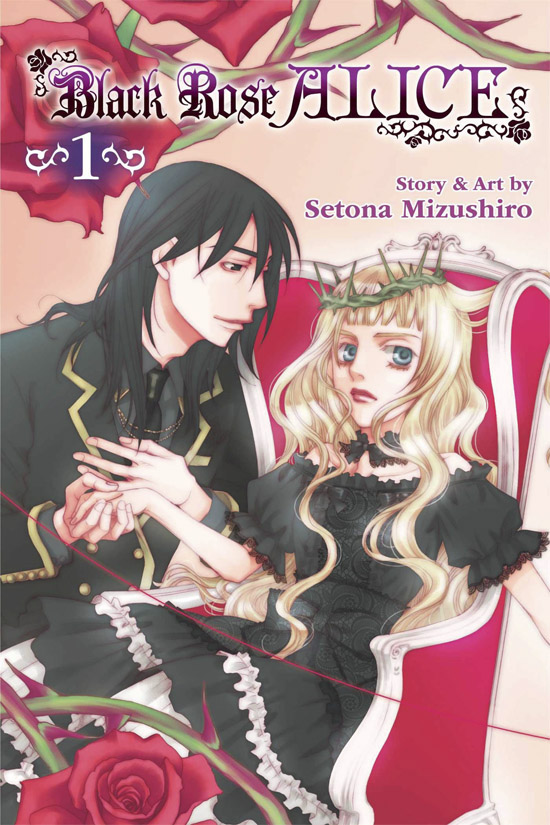 Vienna, 1908. Dimitri has the voice of an angel and is about to become a sort of devil. The young man’s tenor voice is making him a rising star, but he can’t be fully happy. For years he’s been in love with Agnieszka, who is engaged to another man. Dimitri has a strange obsession with this idea he has of her “purity,” and when he learns she’s sleeping with her fiancé, he goes out into the street in a rage. And is killed by a horse. Maybe.

People say he was killed, but then he awakens in a hospital. At first he can kind of laugh it off as a crazy story, but then most of the people in rehearsal with him either commit suicide or die in accidents. A man who claims he is a vampire visits Dimitri and explains that Dimitri is now a vampire as well. Dimitri was the one who caused all those deaths, and by singing he can control people.

Dimitri doesn’t believe it at first, until the evidence keeps mounting. Black Rose Alice offers a number of new twists to vampire mythology, including how vampires drink their blood (through the help of spiders) and how they create new vampires (through butterflies).

His unhealthy obsession with Agnieszka continues into the modern day, where he’s living in Japan and has come up with a sadistic scheme in order to bring her back to life. While Dimitri has the looks of a romantic heartthrob lead, he’s not a sympathetic character. More often than not this manga involves characters who act in unhealthy and unwise ways, and this lets the story take dark and obsessive turns. Dimitri, for instance, has this fixation with Agnieszka’s “purity” and is mad at her fiancé for having girlfriends, but then has no qualms or thoughts about hypocrisy when he, Dimitiri, takes on other lovers.

Black Rose Alice is brought to us from Setona Mizushiro, the mangaka behind After School Nightmare. The artwork is lush and opulent, matching well with her brooding but pretty world of vampires and luxurious horror. This lovely artwork, along with the new take on vampire mythology and the twisted tales of love, make for an interesting (if guilty-pleasure-type) first volume of this series.