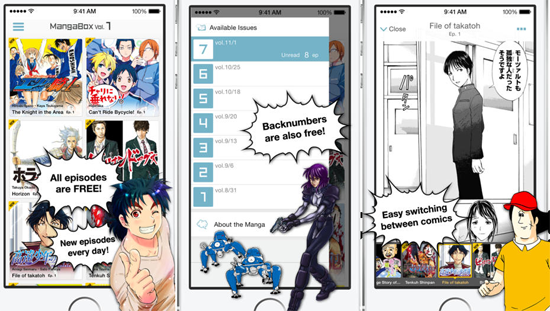 With more and more people toting smartphones, tablets and e-readers these days, several publishers and software designers have been offering up digital versions of manga for download via e-bookstores or dedicated apps. The latest company to enter the e-manga fray is Japanese mobile software giant DeNA (pronounced “dee-en-ey”) with their app Manga Box. And lo and behold, there’s an English version! 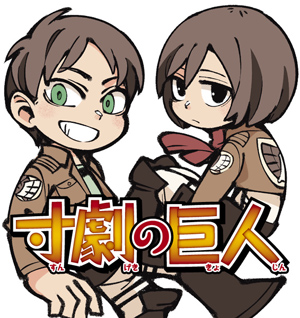 The app, which launched last week, is already chock-full of titles (22 as of this writing) all of which are free to read for the latest 12 volumes plus the first 100 pages. Basically, it’s a pretty decent amount of free manga. Plans are in place to sell both e- and dead tree manga within the app.

The selection of titles within the app cover a variety of genres and styles, from historical epic Horizon to plants-vs-humans horror manga Green Worldz to Can’t Ride A Bicycle, the story of a high schooler who… can’t ride a bicycle.

Of the most interest to our readers is probably Spoof on Titan, a comedic four-panel manga drawn by original Attack on Titan artist Hajime Isayama. It’s seriously pretty funny, guys.

View all posts by Matt Schley
Trouble in Akihabara
Holiday Subscription Deal Gets You 1 Year of Otaku USA for $12!