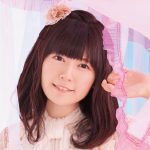 A man in his 30s has been arrested in Japan on suspicion of intimidation against voice actress Ayana Taketatsu, best known as the voice behind K-ON!‘s Azusa Nakano and Oreimo‘s Kirino Kousaka. According to reports from the Tokyo Metropolitan Police Department, the man is suspected of sending threatening emails to the office of Taketatsu’s agency from a manga cafe back in July.

The investigation has uncovered roughly 7,000 emails, some of which issue threats such as “I will never forgive you. DieDieDie.” The man, who has since admitted to the crime, was also the former leader of Taketatsu’s fan club.