Makoto Shinkai Responds to Critics of Your Name 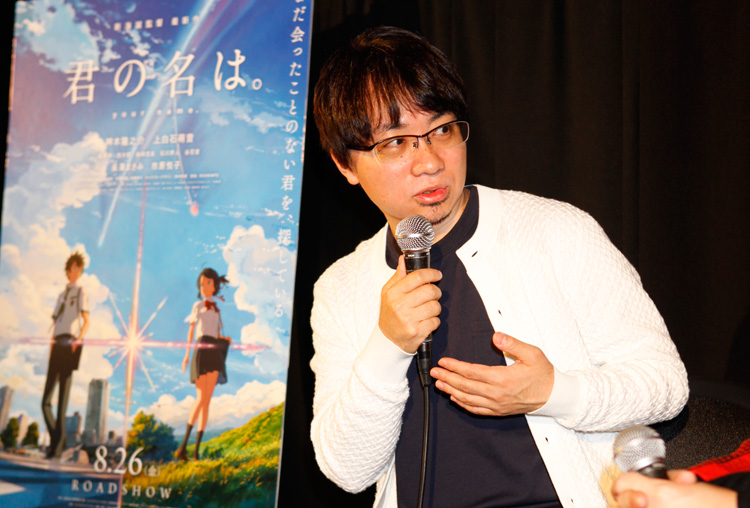 While Makoto Shinkai’s Your Name has big a huge success (how huge? it’s the second-highest-grossing Japanese film of all time, that’s how huge), not everyone is a fan. The film has faced criticism from folks like Gainax co-founder Toshio “Otaking” Okada and Golden Boy author Tatsuya Egawa, who both thought the film lacked artistry and was just made to sell tickets.

Today director Shinkai hit back at such criticism on Tokyo’s TBS radio, where he said:

There’s been a lot of great reaction to the film, but people who hated it said things like, “Shinkai threw away his artistry,” “Shinkai sold his soul to commercial interests and that’s why it was a hit,” or “it was a hit because he threw together a bunch of popular motifs.” I got a lot of comments like that.

When people say, “if you just throw a bunch of catchy motifs together, it’s no wonder you get a film that makes over ¥10 billion,” I think, well, that may be true, but at the same time, if it’s that easy, why isn’t everyone doing it?

We really struggled every day for two years on this film, so when I hear, “you just piled up a bunch of catchy elements,” I start to get a little angry.

Don’t get Makoto Shinkai angry. You wouldn’t like him when he’s angry (actually, we imagine he is an entirely pleasant fellow, but still).