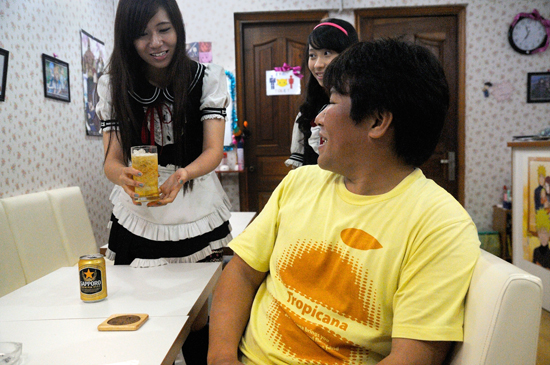 Vietnam. The name inspires many things to the uninitiated, mostly, for cinema fans, revolving around helicopters and music by The Doors. However, the country has gone through major changes in past decades. The economy is one of the fastest growing in Southeast Asia, encouraging overseas investment on par with China in the 1990s. By far the biggest investor is Japan, whose still-receding economy is looking for any place with cheaper production costs than China (and that’s not to mention Japan’s current political troubles with China over the Senkaku Islands). 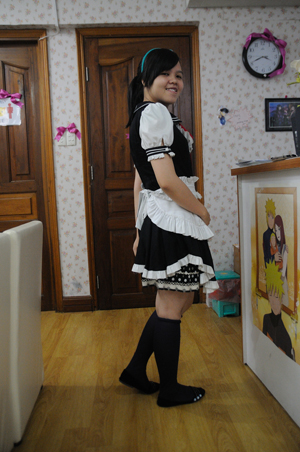 For that, Vietnam has risen to the challenge, with production a fraction of the price of its northern neighbor and recent economic reforms making it open to outside trade despite being a nominally socialist nation. Coupled with things like high-class dinners available within double digit prices, it’s no surprise that a nation as fashion crazy as Japan finds Vietnam a place worth investing in.

Nevertheless, it was with surprise I heard through word of mouth that Japan (or rather, a certain Japanese designer) decided to export to Vietnam one of its more eccentric inventions: the maid cafe. It became less surprising, however, once I considered Japan’s global influence is not limited to western nations. In fact, while Dragonball is an unsurprising cross-over hit in Vietnam, even titles such as Shin-chan and Hayate the Combat Butler can be found in the smallest of markets and anime is a regular TV staple. Seeing this, Japanese fashion designer Erina decided to bestow Vietnam with its first and so far only maid cafe, appropriately christened “Viet Moe.” With Viet Moe running strong past its first anniversary, Erina took some time to talk with us. 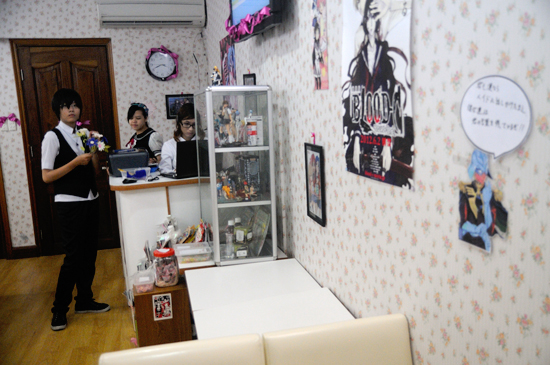 “In my opinion, Vietnamese people like Japan and the Japanese, but they don’t know much about real Japanese culture… Even if there are people who like anime and Japanese culture, there is no place or opportunity to explain about it. In order to expand knowledge of a more authentic Japanese otaku culture, I launched Viet Moe,” said Erina.

Indeed, despite a modest exterior and Erina’s love of horror artist Shintaro Kago, once inside, Viet Moe would not be out of place in Akihabara. Chirpy, friendly maids with various Japanese-y pseudonyms call out the Japanese word for welcome – irasshaimase – upon entering (with Vietnamese accents, natch); Newtype Magazine and the Gothic Lolita Bible are on the magazine rack; and, as expected, the place serves rice omelets complete with cutesy illustrations done up in ketchup. Save for the fact that other patrons are speaking in Vietnamese, it’s like I never left Japan, which is exactly the point. 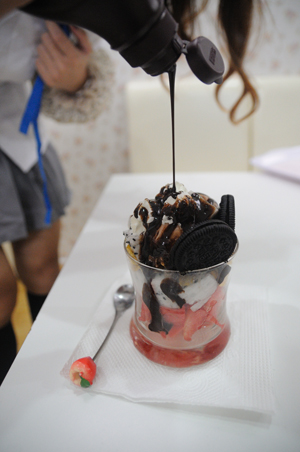 Targeted to Vietnam’s sizable youth market, Viet Moe has not been content to keep things under its own roof, but has expanded to helping secure connections for anime-related events throughout Vietnam. Erina’s largest coup thus far has been Vocaleek, a project started by Vietnamese fans to bring Vocaloid singer Hatsune Miku’s infamous stage show to the nation. Finally, thanks to cooperation from Vocaloid creators Crypton Media, the project came to fruition this past October.

“The first reason [we did it] is that in Vietnam and other socialist countries, overseas companies and organizations have difficulty organizing events. The second reason is that I wanted to spread Japanese otaku culture. There can be a psychological benefit from such shared experiences. It allows us to learn from each other.”

So it is that Erina and the staff of Viet Moe continue to serve the populace as ambassadors of otakudom. Let’s hope that “Viet Mecha” isn’t too far behind…