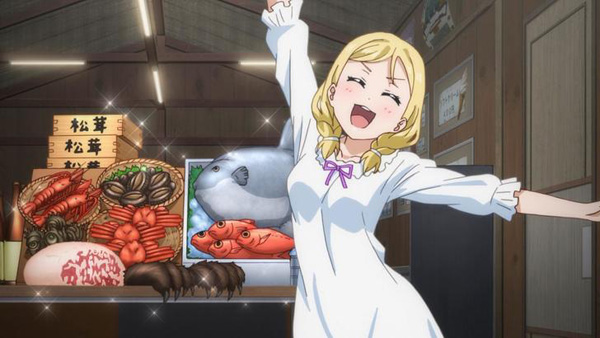 Those of you following Love Live! Sunshine!! know episode 10 of that series featured character Mari Ohara whipping up a pretty special stew.

Now one dedicated Sunshine!! follower has calculated how much Mari’s Shiny Stew would cost in real life, and let’s just say it should be reserved for special occasions.

Some of the most expensive ingredients for the stew included three snow crabs (about $3,000), eight boxes of matsutake mushrooms ($3400) and seven cans of caviar ($37,800). And though we’re not sure exactly how one determines how much a bear paw costs, this intrepid Love Live! fan reckons eight come in at about $6,400.

(Fun (?) fact: apparently bear paws are considered a delicacy in parts of China.)