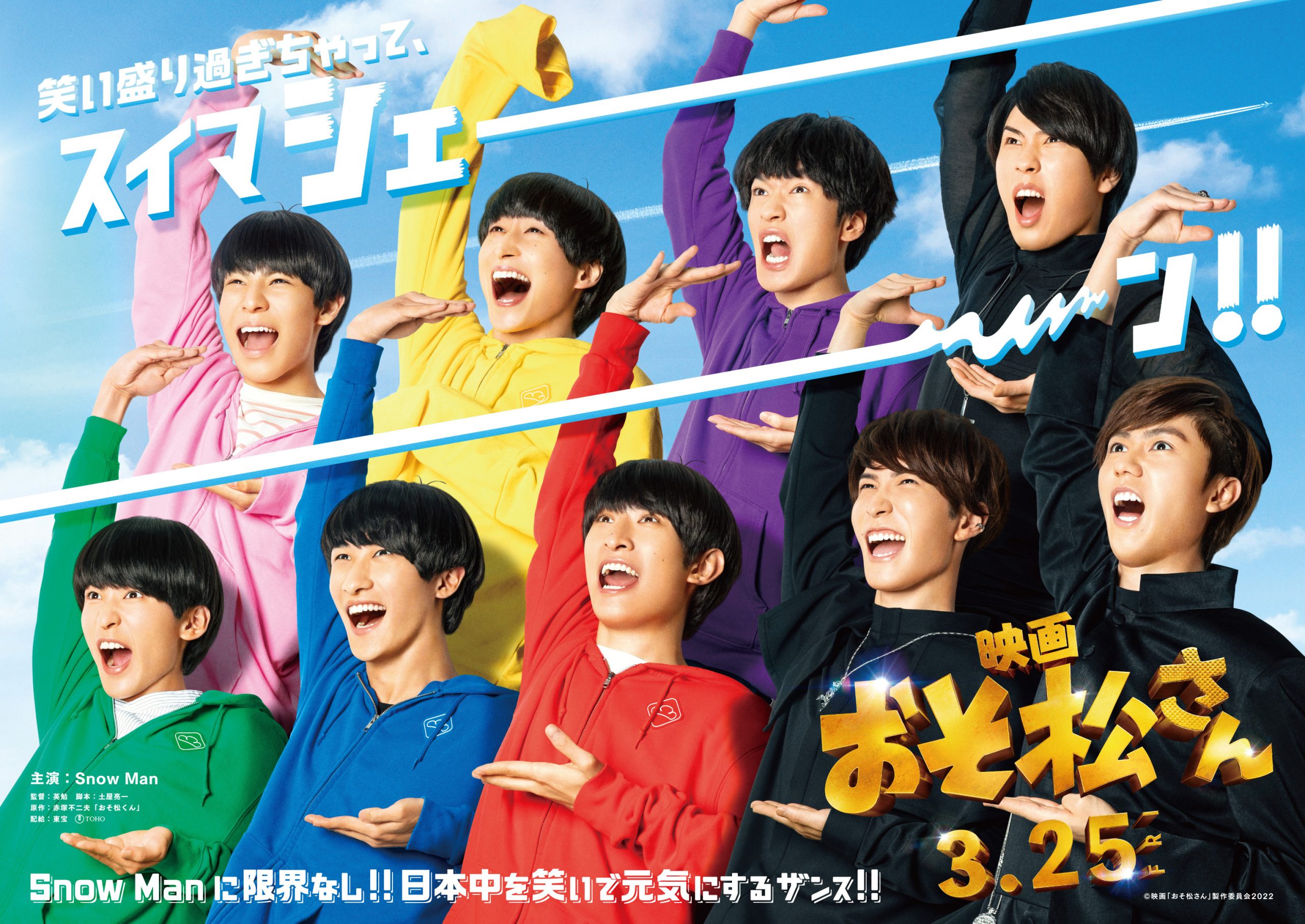 It was previously revealed that members of Johnny & Associates’ idol group Snow Man would be starring in a live-action Mr. Osomatsu movie, and now we have our very first official character visuals for a look at the brothers. Get an idea of how the Matsuno sextuplets are being portrayed ahead of the film’s March 25, 2022 opening in Japan in the enthusiastic image above.

The tagline for the film is “Sorry for the overload of laughter—!!,” and the image also reads “Snow Man has no limits!! We will cheer up all of Japan with laughter!!”