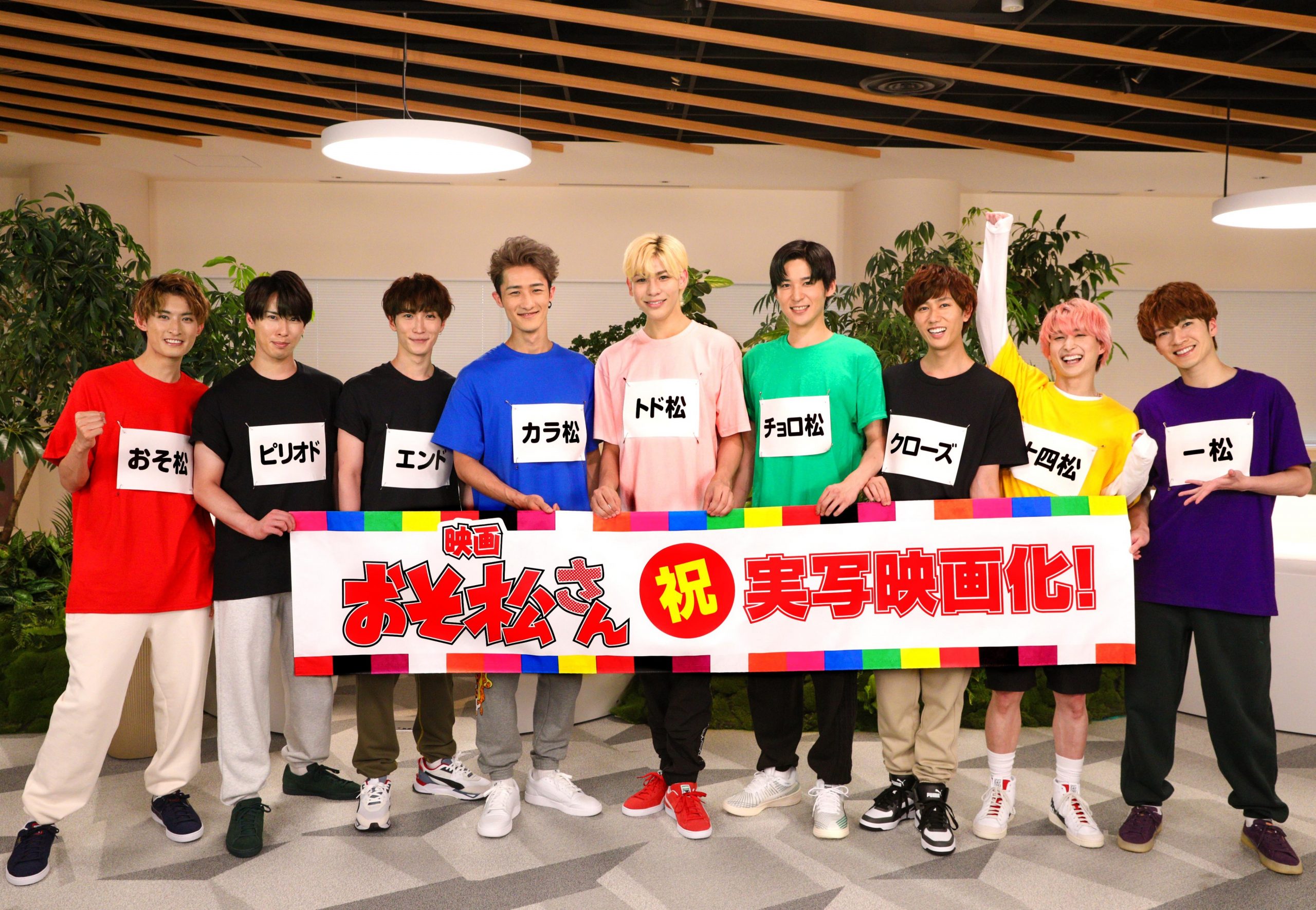 The first ever live-action Mr. Osomatsu movie is officially in the works in Japan, and its stars have been revealed. Tsutomu Hanabusa (Tokyo Revengers, Kakegurui) is directing the film, with the idols of Johnny & Associates’ group Snow Man set to star.

You can see the cast members up top. From left to right, they include:

If you’re wondering who Period, End, and Close are, those are all original characters. The live-action Mr. Osomatsu movie is based on a screenplay written by Ryoichi Tsuchiya, with Daiki Sugawara serving as producer.

As for Snow Man leader Hikaru Iwamoto, who plays Karamatsu, he says the members of the popular group are all fans of the Mr. Osomatsu anime. They’re looking forward to filming the adaptation.