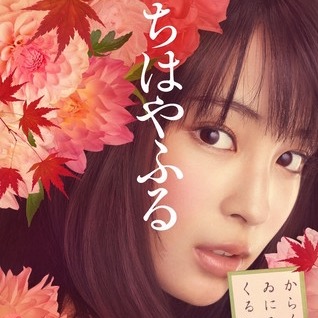 Yuki Suetsugu’s Chihayafuru manga is getting a live-action adaptation in the form of two films, which open in Japan March and April of next year, respectively. The films are being directed by Norihiro Koizumi (Midnight Sun, Kanojo wa Uso o Ai Shisugiteru).

You can see the stars from left to right below, with director Koizumi on the far right: 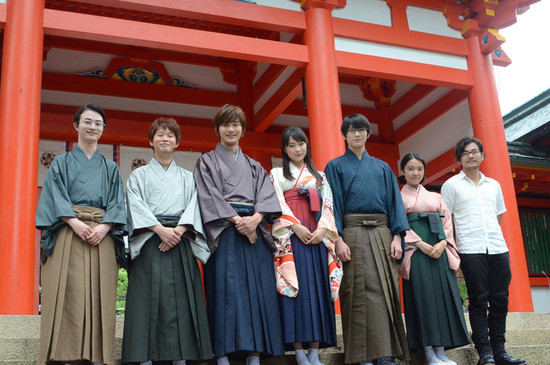 The staff recently revealed the film’s first visual (left), which is modeled after the cover of the manga’s second volume (right). 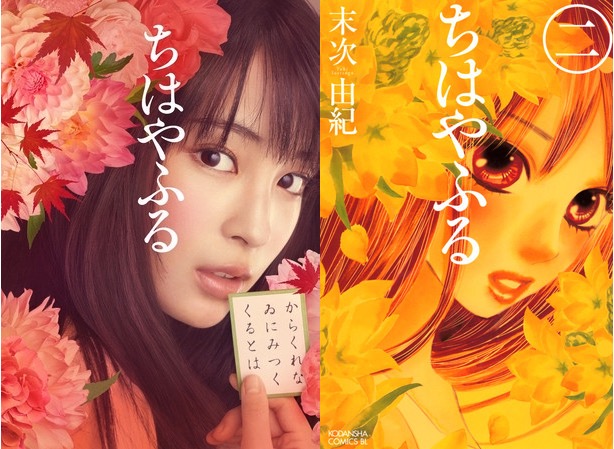