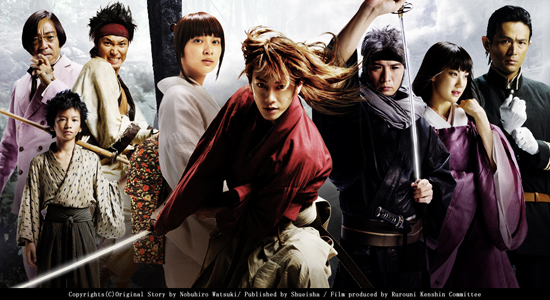 If you’re a resident of southern California, take heed: The live-action film adaptation of Rurouni Kenshin, which we reviewed a few months back, is making its American debut in December at LA EigaFest, a Los Angeles-based film festival celebrating Japanese cinema.

The festival, set to take place December 14th to 16th, features a lineup full of interesting stuff for fans of anime and Japanese film. Alongside Rurouni Kenshin, the LA EigaFest will also screen this year’s Wolf Children as well as Asura, a CG-animated film about the life of a child in medieval Japan directed by Tiger & Bunny director Keiichi Sato.

On the live-action side, EigaFest will feature the recent films Helter Skelter and Thermae Romae, based on manga by Kyoko Okazaki and Mari Yamazaki, respectively, as well as several other critically acclaimed films.

LA EigaFest, founded in 2011 by the Japan Film Society, aims to promote Japanese film in the America and enhance the relationship between US and Japanese film industries and filmgoers. More information can be found on its official site.