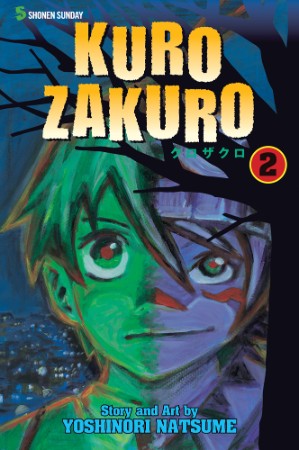 He never wanted this fate. But after having a mysterious dream with a creature called “Zakuro,” his life changed. Now human flesh sounds like a delicacy and Mikito has to fight hard to keep his humanity in charge. Eating his friends and family would be a bad thing, to say the least. People say the only way to defeat an ogre is to kill it… so what will he do?

There are definitely those who want to kill Mikito, despite the fact he hasn’t eaten anyone and is trying super hard not to. In the last volume he met a girl who happens to be an ogre hunter, and he’s been doing what he can to keep her from suspecting him. In this volume, however, the jig is up. She knows what Mikito really is, but another hunter has an idea. Instead of killing him, they might be able to use him to learn more about ogres. Mikito supports this idea one hundred percent. Not only will it keep him alive, it might lead to a cure so he can become human again.

He asks to be able to see his family one last time, and this unfortunately doesn’t work out. He does succeed in a last visit with his sister, but an ogre attacks the two of them and Mikito has to use his newly acquired powers in order to defeat it. That lets his sister know that things are different (she was already suspecting) and she seems quite willing to accept this change in her older brother.

Kurozakuro is swift-paced with lots of light action fun. Despite all this talk of ogres and gruesomeness, it’s more of an adventure story than horror. The idea is based on horror, but the way the manga is playing out gives it a different feel. Mikito, in spite of turning into an ogre, is still a completely sympathetic character because he remains mostly humanlike and is doing his best not to give into his baser instincts. Before it sounded as if the only way to take care of an ogre was to kill it, but now, to keep the story moving, the notion of a cure has been presented. We don’t really want Mikito to die, after all.