Konosuba -God’s Blessing on this Wonderful World!- Film Opens in 2019 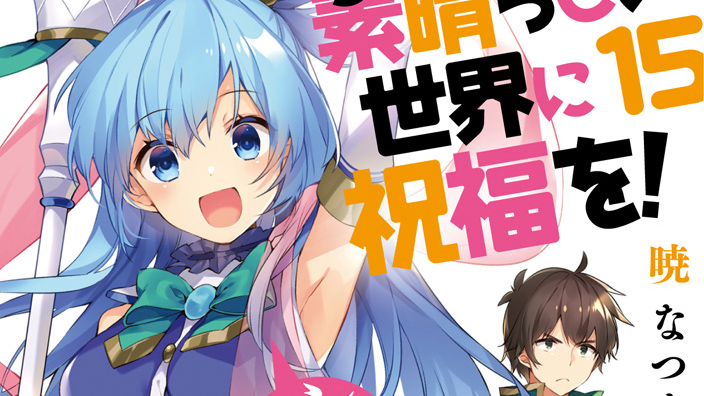 Back in June, we reported that Konosuba -God’s Blessing on this Wonderful World!- would be getting an animated film.

Now we’ve learned said film will be opening in Japan in 2019.

That news comes from jacket of the latest Konosuba light novel, which comes out November 1.

The film will be directed by series director Takaomi Kanasaki, and writer Makoto Uezu, character designer Koichi Kikuta and composer Masato Koda are returning too. The big change is the studio: while the show was animated at Deen, the film will be animated at J.C. Staff.

If you’re new to the Konosuba phenomenon, here’s a synopsis from Crunchyroll:

Looking forward to the Konosuba film?