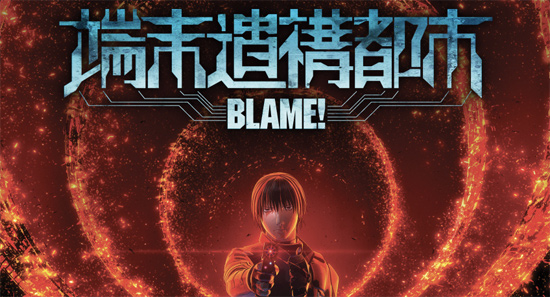 Before Knights of Sidonia, Tsutomu Nihei got his start with Blame!, a manga series detailing the exploits of taciturn protagonist Killy and his journey through an infinitely huge monochrome cyber-labyrinth, battling monsters in a fantastic excuse to show off Nihei’s incredibly detailed depictions of monolithic architecture. Manga: The Complete Guide’s Jason Thompson described it as being like “an extended nightmare, or a really good video game.”

Well, the video game still hasn’t quite happened yet, but fans of Nihei’s work will be happy to know that Blame! is getting made into an anime.

Blame! The Ancient Terminal City will air during the second season of Knights of Sidonia, which we reported some details on last week. Actually, it’s a little weirder than that: Blame! will actually be a meta-movie within the Knights of Sidonia universe. Kind of like how Macross: Do You Remember Love? was an in-universe TV movie version of the events of Macross, we guess?

This won’t actually be the first time Blame! has been animated. An original net animation of seven episodes was released way back in 2003, when releasing something directly to the internet was still a novelty. With a runtime of only five minutes per episode, the 2003 Blame! series was much more about atmosphere than a cohesive story. The Blame! ONA was distributed in the States by Media Blasters.

The new Blame! is scheduled to air as episode 8 of Knights of Sidonia season 2 next spring.