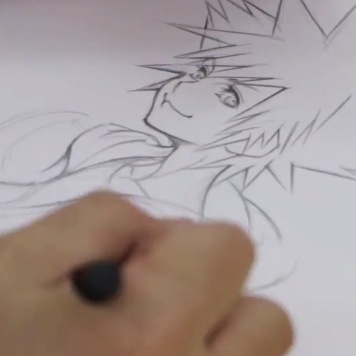 To promote this past week’s Japanese launch, Square Enix shared video of series director Tetsuya Nomura drawing Kingdom Hearts protagonist Sora. Watch a sped-up look at how he does it below.

For the game itself, look no further than the recently-released FRIEND and STORY ads that promoted the October 2 Japanese release on PlayStation 3.