Kin-iro Mosaic Anime Has a New Movie on the Way 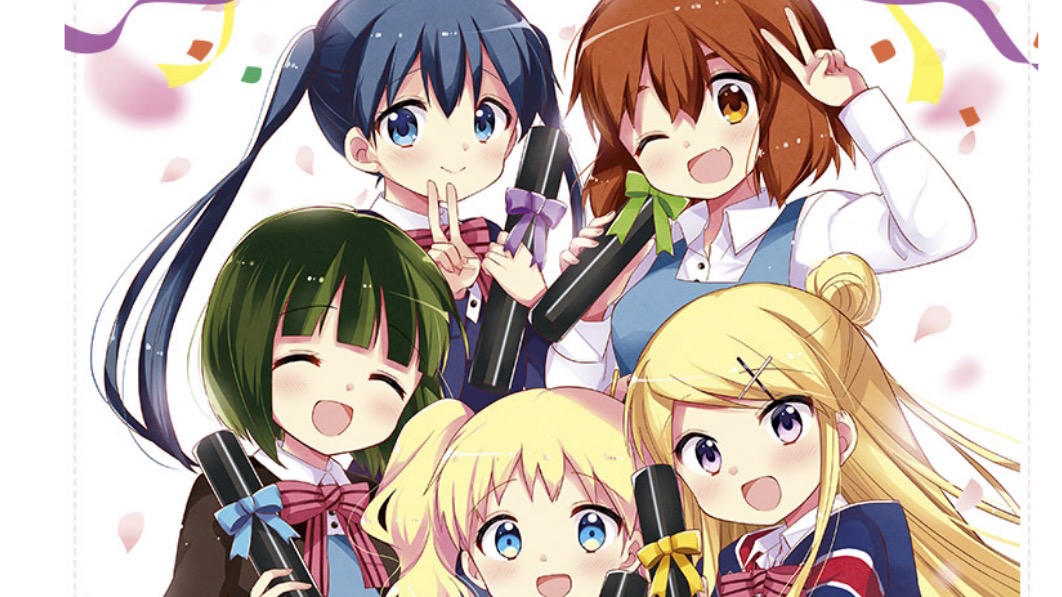 Yui Hara’s slice-of-life comedy manga Kin-iro Mosaic, AKA KINMOZA, officially came to an end today in the pages of Manga Time Kirara Max. The series ran for 10 years, but fans still have more to look forward to. Next up is an anime film, which was revealed to be in the works via the anime’s website.

Munenori Nawa (Nakaimo — My Sister is Among Them!) is directing the movie, with TV anime writer Yuniko Ayana on the script, Kazuyuki Ueta returning on character designs, and Studio Gokumi and AXsiZ handling animation production. More info will be revealed later, but for now you can see the announcement visual below. 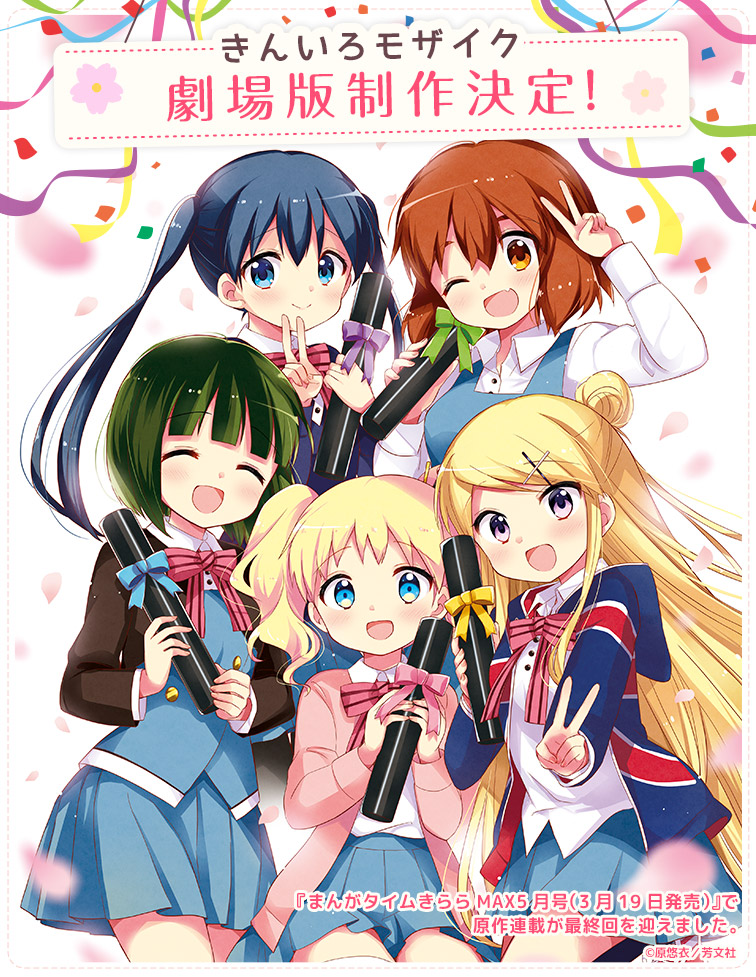