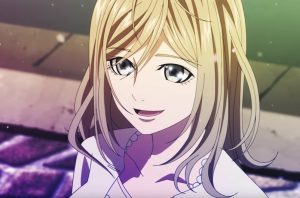 The first of six K: Seven Stories anime films opens in Japan on July 7, but that doesn’t mean it’s too early to preview the latter half of the series. The official K website popped up a trio of new previews this week, highlighting the fourth, fifth, and sixth entries well ahead of their respective October, November, and December premieres.

Check out the brief previews for Lost Small World ~ Ori no Mukō ni, Memory of Red ~BURN~, and Circle Vision ~Nameless Song~ below.