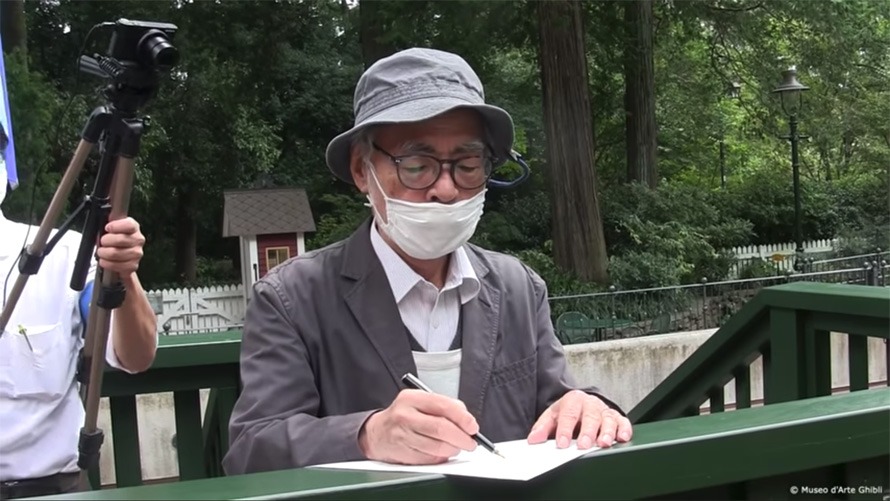 Studio Ghibli has been showing off Hayao Miyazaki’s hands — the hands that have drawn and written so many things that have made so many people happy.

First up is Miyazaki’s hand on his latest book.

SoraNews24 provided this translation for the message with it:

“Yesterday Miyazaki-san held a copy of Hayao Miyazaki and the Ghibli Museum. ‘You put a lot of work into this,’ he told the book’s art director. Then he said, ‘I’m sorry to leave while you’re so excited, but I have background art that’s waiting to be checked’ and went back to the studio.”

Next up is a photo showing Miyazaki at work, dealing with a cut scene.

SoraNews24 translated some of the responses, including:

“There are beautiful works of art that could only have been brought into this world by Hayao Miyazaki’s hands.”

“You can tell how hard he’s worked his whole career by looking at his hands.”